The relationships between India and Pakistan are not friendly since the partition of the subcontinent and they have fought in many armed conflicts since their independence. There is always a rocky relationship between the two countries.

We have heard and read many stories of partition and suffering, faced by not only Muslims but Hindus and Sikhs were also the victims of unbearable circumstances at that time.

Another common thing they did was a struggle for freedom from British rule. But it is the more disappointing thing that still after more than a half-century both nations do not tolerate each other and always try to beat each other from time to time.

Pakistan has always tried to improve the relationship with India sincerely but the response is always disappointing. The opening of the Kartarpur Corridor is a recent example of Pakistan’s sincerity.

Indian Government does not respect the rights of Muslims of Kashmir instead they want to rule over them, consequently, on a daily bases, we hear the news of cruelties done by Indian rulers.

The main conflict between both countries is the Kashmir issue. It is a territorial conflict over the Kashmir region, primarily between Idia and Pakistan with China playing a third party role.

The conflict started after the partition of India in 1947 as both India and Pakistan claimed the entire former princely state of Jammu and Kashmir. It is a dispute over the region that escalated into three wars between India and Pakistan.

The only aim of India is to become a superpower. No doubt, it is their right to become a dominant state but it is really awful, to get power, by disrespecting the wishes and rights of neighbor and occupied nations. 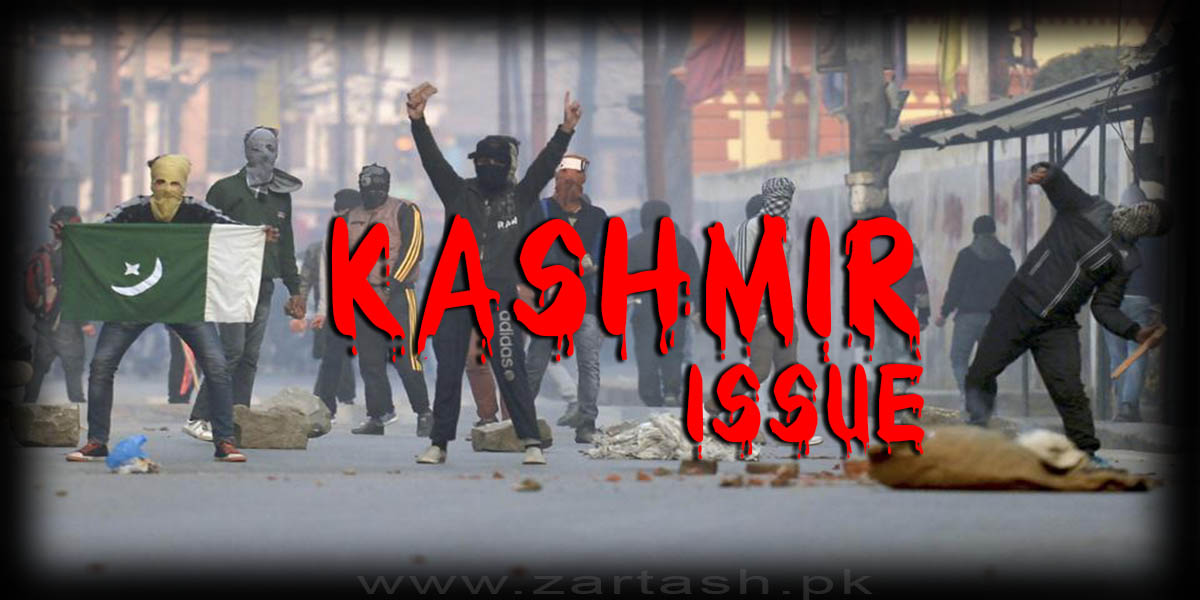 Another main conflict between both countries is a good Pak-China relationship. India is against the economic progress of Pakistan with the help of China, because India believes that it is against the interest of Indian progress. India is also against having a good relationship between Pakistan and Bangladesh.

Wars between India and Pakistan

Since 1947, the following wars have been fought between the two countries:

The war also known as the First Kashmir War, started in October 1947 when Pakistan feared that Mahajra of the princely state of Kashmir and Jammu would accede to India. Following the partition, princely states were left to choose whether to join India or Pakistan or to remain independent. Jammu and Kashmir,  the largest of the princely states had a majority Muslim population and a significant fraction of the Hindu population. But, Indians didn’t want to give this state to Pakistan.

So, for this state, a war was fought between India and Pakistan in 1947. But Pakistan didn’t succeed to get the whole of Kashmir from India rather one-third of its parts came into the part of Pakistan known as Azad Kashmir. Till then, the Kashmir issue is the main conflict and cause of distress between the two countries.

This war started following Pakistan’s Operation Gibraltar, which was designed to infiltrate Jammu and Kashmir to participate in an insurgency against the rule by India. India retaliated by launching a full-scale military attack on West Pakistan.

The seventeen-day war caused thousands of casualties on both sides and witnessed the largest engagement of armored vehicles and the largest tank battle since World War II. The hostilities between the two countries ended after a ceasefire was declared following diplomatic intervention by the Soviet Union and the USA and the subsequent issuance of the Tashkent Declaration. India had the upper hand over Pakistan when the ceasefire was declared.

India and Pakistan go to war a third time, this time over East Pakistan conflict begins when the Central Pakistani government in West Pakistan, led by Zulfiqar Ali Bhutto

, refuses to allow Awami League leader Sheikh Mujeeb-ur-Rehman, a Bengali whose party won the majority of seats in 1970 parliamentary elections to assume the premiership.

A Pakistani military crackdown on Dhaka begins in March, but India becomes involved in the conflict in December after the Pakistani Air Force launches a pre-emptive attack on airfields in India’s northwest.

India, then launches a coordinated land, air, and sea assault on East Pakistan. The Pakistani army surrenders at Dhaka and its army of more than 90,000 become prisoners of war. Hostilities lasted 13 days, making this one of the shortest wars in modern history.

East Pakistan become the independent country of Bangladesh on December 6, 1971.

Bangladesh is a small country and depends a lot on India to fulfill its needs, so Bangladesh is under pressure from India related to maintain a good relationship with Pakistan.

It is commonly known as Kargil War, this conflict between the two countries was mostly limited. In early 1999, Pakistani troops infiltrated the Line of Control (LOC) and occupied the Indian Territory mostly in the Kargil district. India responded by launching a major military and diplomatic offensive to drive out the Pakistani infiltrators.

According to the official count, almost 75%-80% of the intruded area and nearly all high ground was back under Indian control. Faced with the possibility of international isolation, the already fragile Pakistan economy was weakened further. The government refused to accept the dead bodies of many officers, an issue that provoked outrage and protest in the Northern Areas.

Nawaz Sharif said that over 4000 Pakistani troops were killed in the operation and that Pakistan had lost the conflict. By the end of July 1999 organized hostilities in the Kargil district had ceased. The war was a major military defeat for the Pakistani army.

It proves that their main aim is not peace and friendship between neighboring countries but like a selfish state Indian government go only with their own personal interests.

Having a fact that Pakistan is also a nuclear power like India and such cheap activities from India will lead the region towards a nuclear war, India does not stop creating issues for Pakistan.

It is really painful that instead of enjoying the technologically advanced era and working mutually for the nation, both countries are still busy in war-like situations. The border situation on both sides is really panicked and miserable. 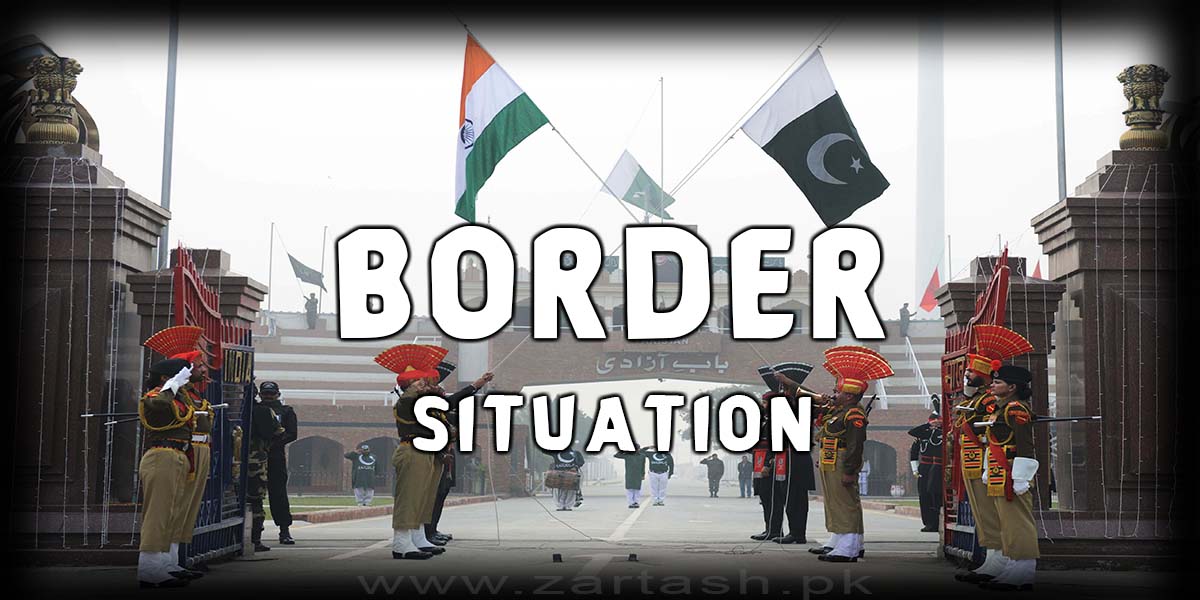 The Kashmiri state Government affirms that the state “is a constituent unit of the Union of India.” Pakistan rejects the accord with the Indian Government.

On May 18, 1974, India detonates a nuclear device at Pokhran, in an operation codenamed, “Smiling Buddha”.  India refers to the device as a peaceful nuclear explosive.

Prohibition of Use of Nuclear Weapons

In 1992,  a joint declaration was held prohibiting the use of chemical weapons is signed in Dehli.

In 1998, India detonates five nuclear devices at Pokhran. Pakistan responds by detonating six nuclear devices of its own in the Chagai Hills. The tests result in international sanctions being placed on both countries.

On February 18, 2007, the train service between India and Pakistan ( the Samjhauta Express) is bombed near Panipat, North of New Dehli. Sixty-eight people are killed and dozens injured.

In 2009, the Pakistani government admits that the Mumbai attacks may have been partly planned on Pakistani soil, while vigorously denying allegations that the plotters were sanctioned or aided by  Pakistan’s intelligence agencies.

In January 2010 Pakistani and Indian forces exchange fire across LOC in Kashmir, the latest in the string of such incidents that have led to rising tension in the area.

In November 2012, India executes Pakistani national Kasab, the lone survivor of a fighter squad that killed 166 people in a rampage through the financial capital Mumbai in 2008, hanging him just days before the fourth anniversary of the attack.

On February 12, 2014, India and Pakistan agreed to release trucks that were held in their territories, ending a three-week impasse triggered by the seizure of a truck in the India-administered Kashmir coming from across the de facto Line Of Control for allegedly carrying brown sugar.

On May 1, Pakistani Army Chief General Raheel Sharif calls Kashmir the “jugular vein” of Pakistan, and that the dispute should be resolved in accordance with the wishes and the aspirations of Kashmiris and in line with UNSC resolutions for lasting peace in the region.

India launches what it calls “surgical strikes” on “terrorist units” in Pakistan-administrated Kashmir in September, less than two weeks after an attack on an Indian army base leaves 19 soldiers dead. Pakistani denies the attacks took place.

In November, seven Indian soldiers are killed after rebels disguised as policemen stormed a major army base near the frontier with Pakistan.

Pakistan has always tried to improve the relationship with India sincerely but the response is always disappointing. The opening of the Kartarpur Corridor is a recent example of Pakistan’s sincerity.

Indian Government does not respect the rights of Muslims of Kashmir instead they want to rule over them, consequently, on a daily bases, we hear the news of cruelties done by Indian rulers.

There is a dire need of showing flexibility for each other. It is quite strange that despite so many conflicts, common people of both nations have mixed feelings for each other. People of Pakistan like to watch Indian Movies and songs and Indians also enjoy the ghazels and dramas of Pakistani media.

It is really something love-hate relationship. Both nations have spent centuries with each other which is why their traditions and lifestyle are very much similar.

Still, it is possible that both nations forget their personal interests, build good long-term relationships, and start working for humanity and prosperity.

So it would be better to forget hostility and behave like caring neighbors.

Pakistan an Agricultural Country and its Economy