How Pakistan Become a Nuclear Power – An Overview

“We Pakistani nation would like to eat grass but will get Nuclear power”. This was the heard voice by each and every Pakistani. Why there was too intense a need was created for having Nuclear power, for the answer this we have to step in history related to it. 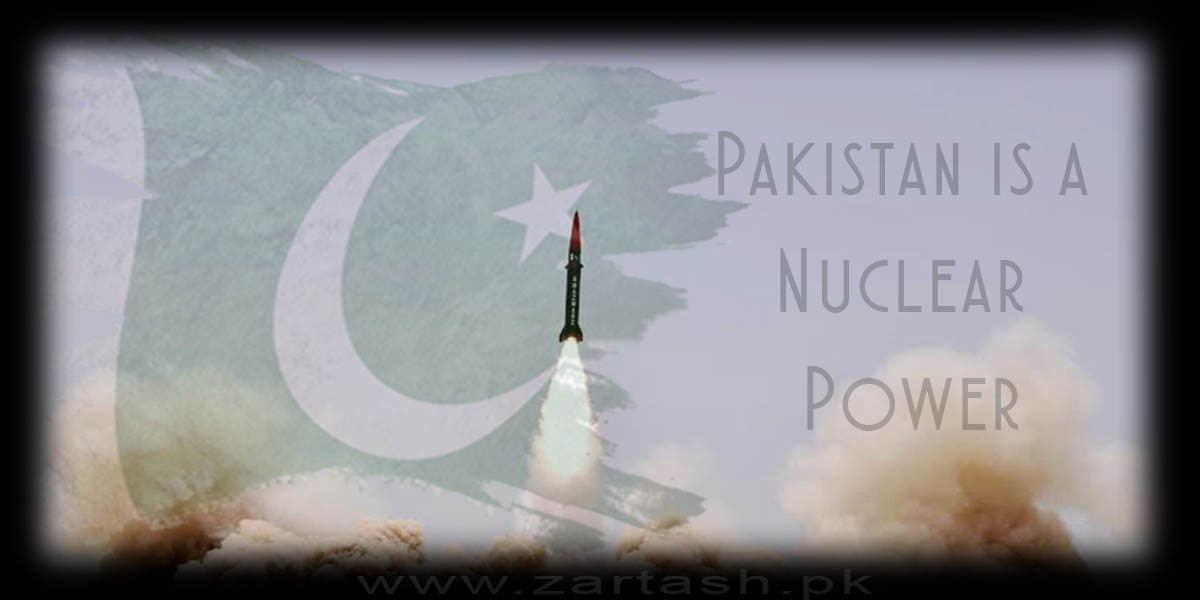 Pakistan began its nuclear efforts during the 1950s as an Energy program. It was prompted in large part by the United States’ “Atoms for Peace” Program, which sought to spread nuclear energy technology across the globe.

During this early period, PAEC chairman Ishrat Usmani devoted government resources to train the next generation of Pakistani scientists. Usmani found the Pakistani Institute of Nuclear Sciences and Technology (PINSTECH) in 1965 and sent hundreds of Pakistani students to be trained abroad

Although Pakistan claimed that its nuclear program was only pursuing peaceful applications of atomic energy, there were signs that its leadership had other intentions. This fact was particularly evident in wake of the 1965 Indo-Pakistan War, which ended in a nominal victory for India.

If India builds the bomb, we will eat grass or leaves, even go hungry but we will get one of our owns.

In 1971, war once again broke out between Pakistan and India. The conflict began when Pakistan conducted preventative strikes against Indian airfields which nonetheless failed to seriously cripple India’s, Air Force. In response, India launched a group campaign in support of the ongoing session movement in East Pakistan, which would soon become independent Bangladesh.

The humiliation of 1971 was a turning point in the Pakistan’s decision to build an atomic bomb. 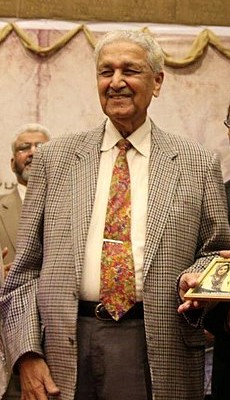 Luckily Pakistan has is the land of geniuses like Dr. Abdul Qadeer Khan, who is a famous Pakistani nuclear scientist and a metallurgical engineer. He successfully achieved the uranium;../m enrichment program for Pakistan’s atomic bomb project. Under his command, Pakistan finally decided to go for an atomic bomb experiment.

In December 1974, the course of the Pakistani bomb drastically changed with the return of German-trained metallurgist Abdul Qadeer Khan. He had spent the previous four years working for URENCO, a nuclear fuel company, on Uranium enrichment plants in the Netherlands and brought his vast knowledge of gas centrifuges to Pakistan.

Although he was never officially head of Pakistan’s nuclear program, Khan played a vital role in its success. In 1976, he was put in charge of the Engineering Research Laboratories in Kahuta, which was named Khan Research Laboratories (KRL). The site of the uranium enrichment plant, KRL offered Pakistan a second path to the bomb via highly enriched uranium (HEU) rather than plutonium. Khan’s Laboratory was mostly autonomous from PAEC and the uranium bomb project even had a specific codename: Project-706

Under Khan’s direction, Pakistan employed an extensive clandestine network in order to obtain the necessary material and technology for its developing uranium enrichment capabilities.

In 1985, Pakistan crossed the threshold of weapons-grade uranium production, and by 1986, it is thought to have produced enough fissile material for a nuclear weapon. Pakistan continued its uranium enrichment program and according to Pakistani resources, the nation acquired the ability to carry out a nuclear explosion in 1987.

The first nuclear power plant was established in Karachi by the persuasion of Ayub Khan.

For this purpose, the Pakistan government had to face many challenges. It had to bear the pressure exerted by the US. But at last Pakistani engineers completed the plutonium nuclear reprocessing plant.

Pakistan continued its struggle toward having Nuclear power, but ITS struggle becomes serious when India announced successful atomic explosions.

It created an imminence stress environment in Pakistan. Also, an imbalance of defense enforcement was created in the subcontinent.

Pakistan was highly affected because it is considered a rival of India.

Kashmir dispute and other harsh histories between the two countries compelled Pakistan to have Atomic power finally.

It was vital for Pakistan in self-defense. The international community knew the stress condition created in Pakistan but it forces Pakistan for having patience and stop thinking of taking such steps.

It is also said that the US offered a high amount to the government of Pakistan.

But Prime Minister at that time named Muhammad Nawaz Shareef refused to accept any offer and put full passion towards the acquisition of nuclear power. 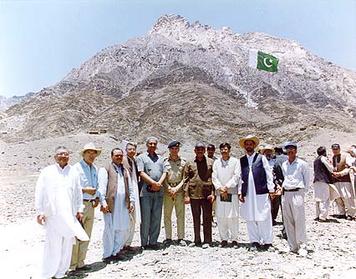 Prime Minister Mohammad Nawaz Sharif faced enormous pressure to authorize nuclear tests after India conducted its own test in May 1998.

We in Pakistan will maintain a balance with India in all fields. We are in headlong arms race on the subcontinent.

International Leaders, however, called on Sharif not to respond to India’s Nuclear tests. The United States even offered a repeal of the Pressler Amendment and additional military aid should Pakistan refrain from testing.

In the end, Pakistani officials went ahead with preparations for the test–codename Chagai-1–When Sharif gave the order,

A military escort flew the bomb parts to Ras Koh, where they were assembled and placed in the test shafts along with diagnostic cables.

So, Pakistan became a nuclear power when it successfully carried out five nuclear tests at Chaghi, in the province of Baluchistan, and appeared as the only Muslim country to join the nuclear club. And Pakistan also becomes the first atomic country in the Muslim World. 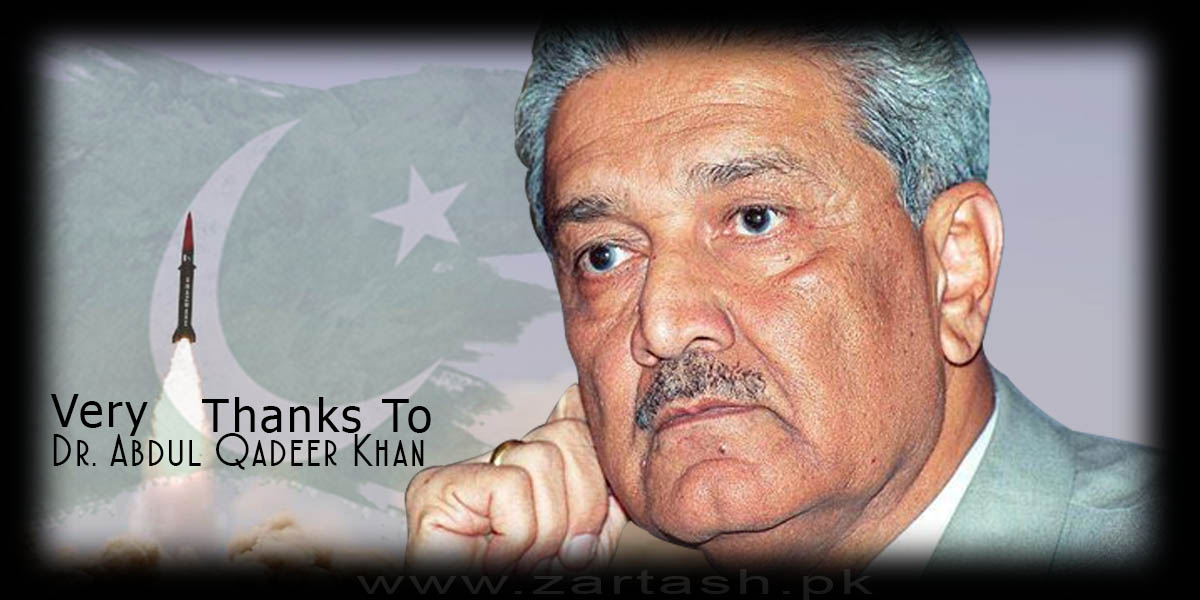 As Pakistan became one of the nine states to possess nuclear weapons, it is pertinent to note that it came on the heels of India conducting its own nuclear tests.

Since the timing of Chagai-I was a strategic, yet direct response to India’s second nuclear tests, it is argued that the 28th May marks the day that prevented the war between India and Pakistan.

28 May as National Day in Pakistan

28 may have now become a national day in Pakistan. Pakistan is not crazy to have atomic weapons as much as possible, but due to India’s aggression and hostility,\ Pakistan has to take such steps.

Anyhow, such steps are quite horrible for the world and our future generations.

All Atomic power countries should sit together to think about it and conclude a suitable step for whole world peace.

As well said by Albert Einstein, “I do not believe that civilization will be wiped out a war fought with the atomic bomb. Perhaps two-thirds of the people of the earth will be killed.”

Unlike India, Pakistan does not have a no-first-use doctrine regarding its nuclear arsenal. In the aftermath of the 1998 tests, Prime Minister Sharif affirmed that the Pakistani bomb was

“in the interest of self-defense… to deter the aggression, whether nuclear or conventional.”

In 2002, President Parvez Musharaf declared that “Pakistan would respond with full might” if attacked.

With help from the West, the Pakistani government took steps to improve its nuclear security, although concerns remain today. The civilian National Command Authority (NCA) maintains command and control of Pakistan’s nuclear weapons. As of 2016, the Nuclear Threat Initiative estimates the Pakistani arsenal at 100-200  warheads, but with material with more than 200.