History repeats itself is a true saying as proved by the British Royal Couple Visit Pakistan as did their predecessors.  Around 9.30 pm local time (5.30 UK time), Prince William and Kate Middleton landed at the Nor Khan airbase that is close to the capital of Pakistan, Islamabad.

The couple was greeted by the country’s foreign minister, Shah Mahmud Qureshi. The bouquets of the flower were also presented by the children to the royal couple with great respect. 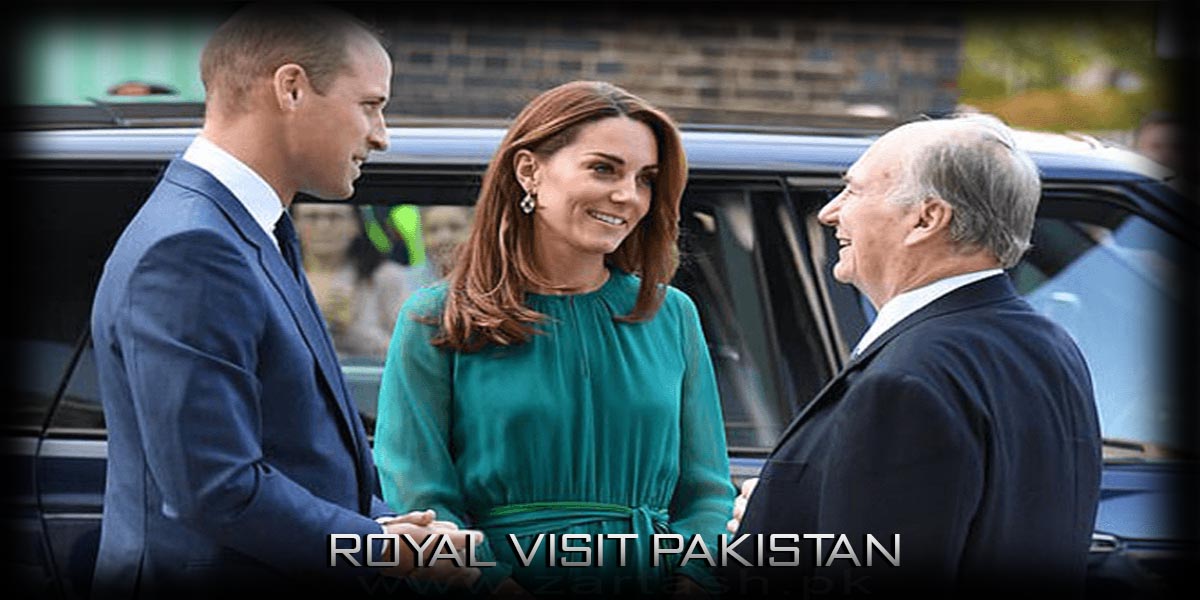 Kate dressed up with a traditional shalwar-kameez style outfit from one of Princess Diana’s favourite couture houses.

When Kate stepped out of the plane, she looked pretty in a blue Catherine Walker dress. Her get-up showed her love with Pakistan and also nodded the memory of her mother in law.

Which Places did The Royal Couple Visit?

The couple arrived on a four-day visit in Pakistan and remained amid extensive security. They visited 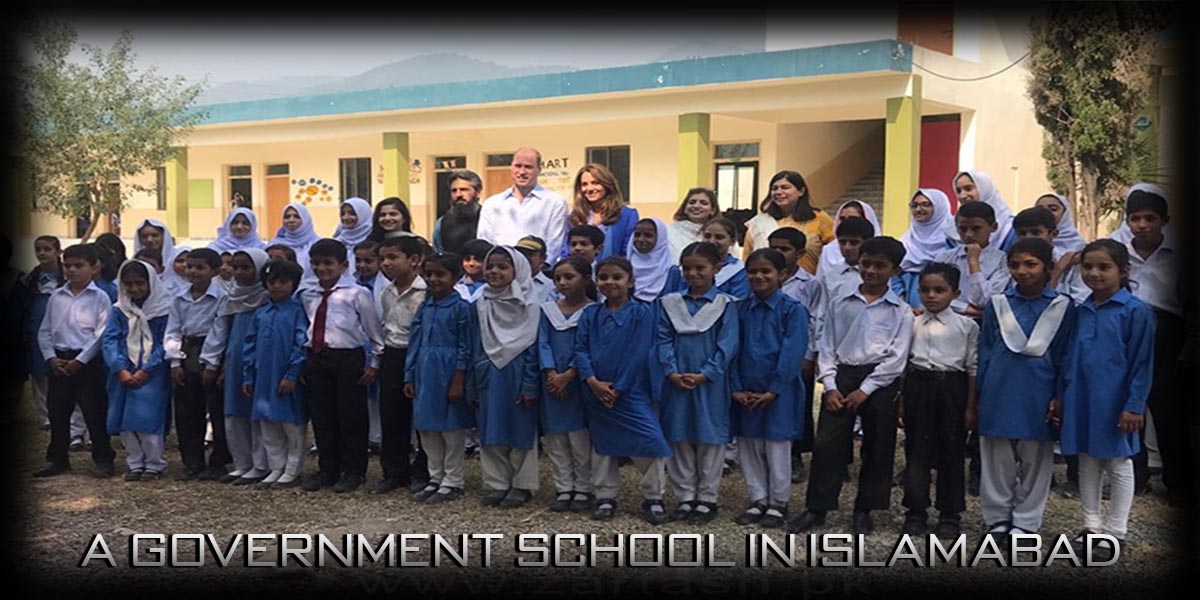 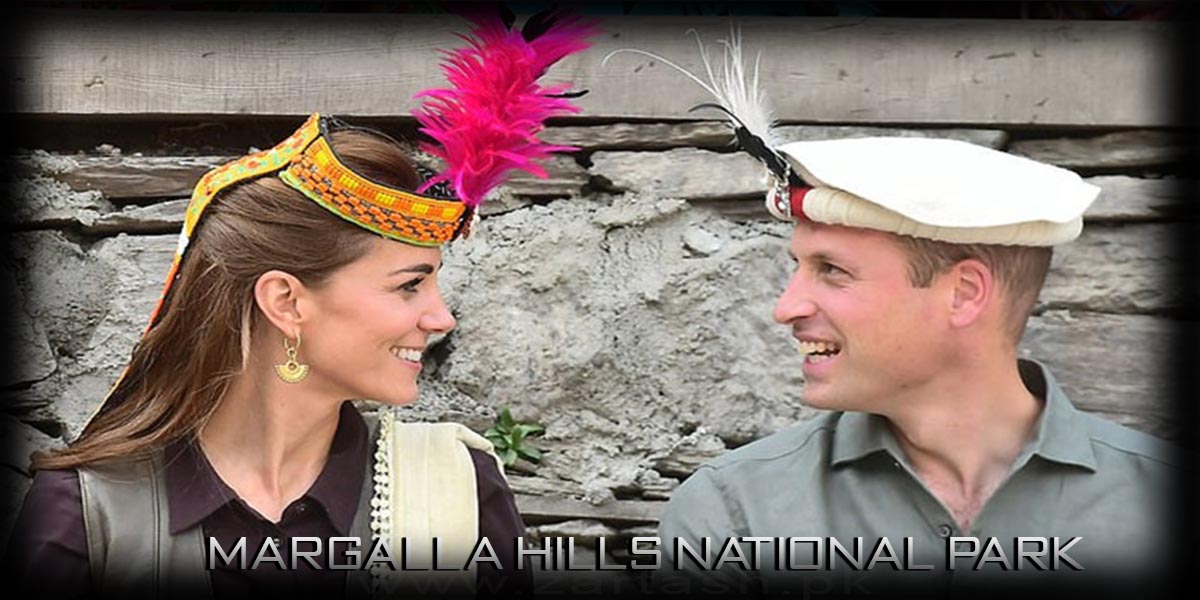 Meeting with Prime Minister and President

Prince William and Kate Middleton met with Pakistani Prime Minister Imran Khan for lunch. They recalled the memorable days when Imran Khan announced his ambition of becoming prime minister to William and his mother Diana.

Actually, Imran khan was a good friend of William’s mother.

During the Meeting, Kate stunned in a green shirt and white trouser inspired by the country’s traditional shalwar kameez dress. The flag of Pakistan contains two colors, green and white.

Pakistanis like to wear these colours on special occasions to show their love with the country. 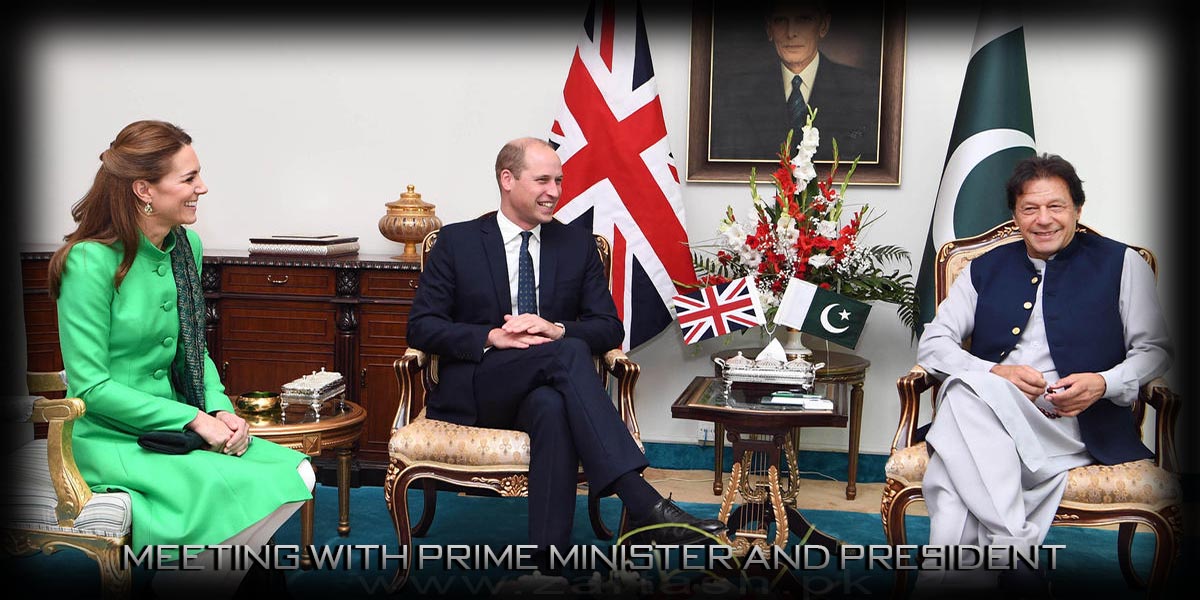 William and Kate also met with the president Arif Alvi and his wife Samina at the Islamabad Presidential Palace.

The Duke and Duchess of Cambridge Met Children

During a visit to the Margalla Hills, local people presented Kate with beautiful flowers. There they met with the children who are taking part in activities to learn about environmental protection.

William frequently spoke on mental health with the teachers and children and also elaborated on the importance of girl’s education. 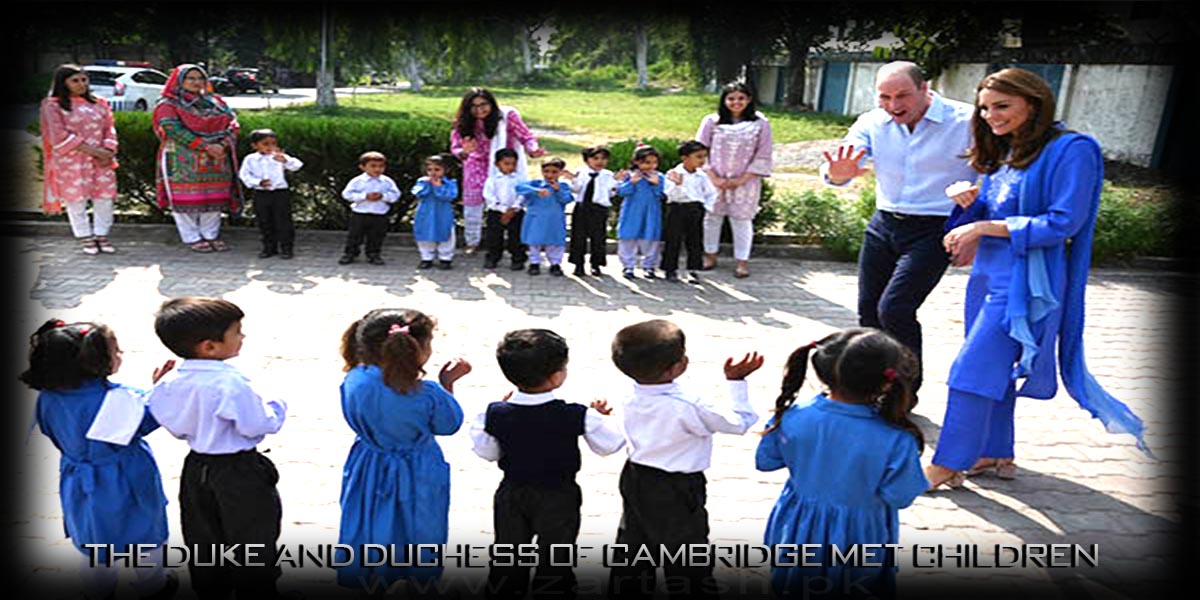 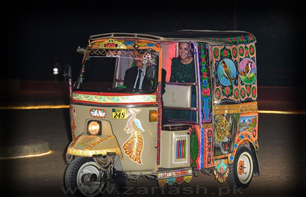 The visit to the National Monument was interesting and memorable. The couple reached to attend the reception in a well-decorated Rickshaw.

The reception at Pakistan’s historic national monument was hosted by the British High Commissioner for Pakistan Thomas Drews.

In the speech during the reception, William highlighted the issue of climate change and said the glaciers of Pakistan are under threat.

In Bumburet The Duke and Duchess of Cambridge saw several inspiring community-led initiatives that aim to equip local society with the tools they need to adjust to the changing landscape and weather patterns of the area. #RoyalVisitPakistan pic.twitter.com/WKeshq1fKq

Past British Royal Visits in Pakistan

When we take a look back many years, we observe a historical tie between Pakistan and the British Royal. Here is a brief description of the Royal Visit Pakistan.

The Grandmother of Prince William, Queen Elizabeth II, visited Pakistan in 1961 for the first time. She landed in Karachi on 1 February and remained in Pakistan from February 1 to 16.

Her husband, Duke of Edinburgh Prince Philip was also with her during the whole tour. 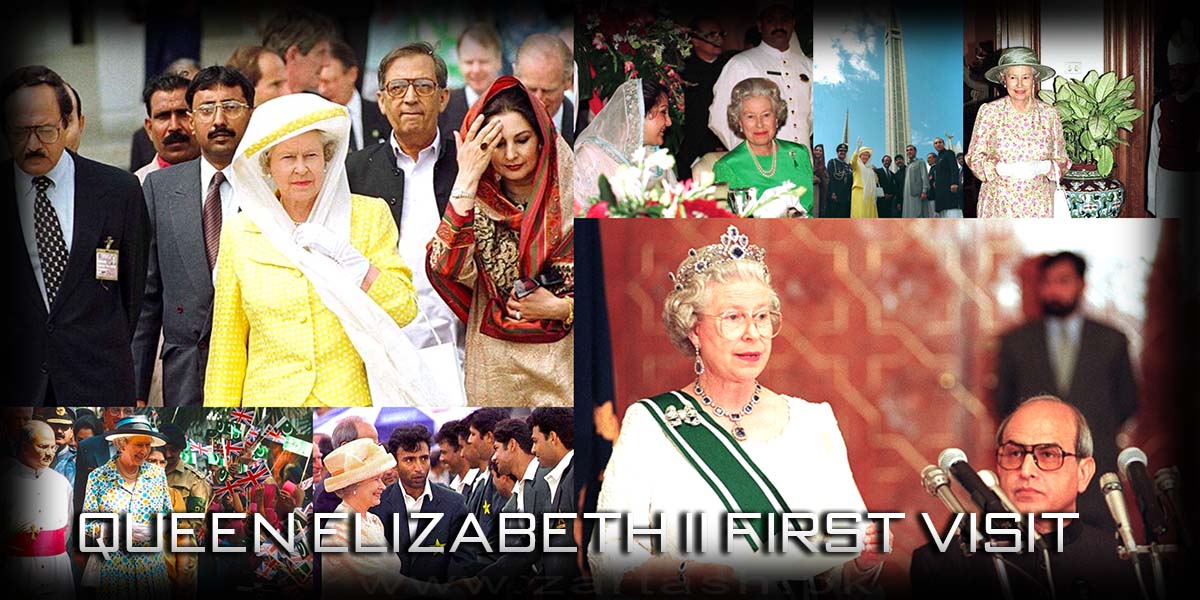 At that time, Mohammad Ayub Khan was the president of Pakistan who gave a very warm welcome to the Royal couple. The couple also visited Peshawar, Quetta, Lahore and the northern areas of the country.

Mr Muhammad Nawaz Shareef was the Prime minister who expressed happiness on her arrival and presented her a banquet at Prime Minister’s house. 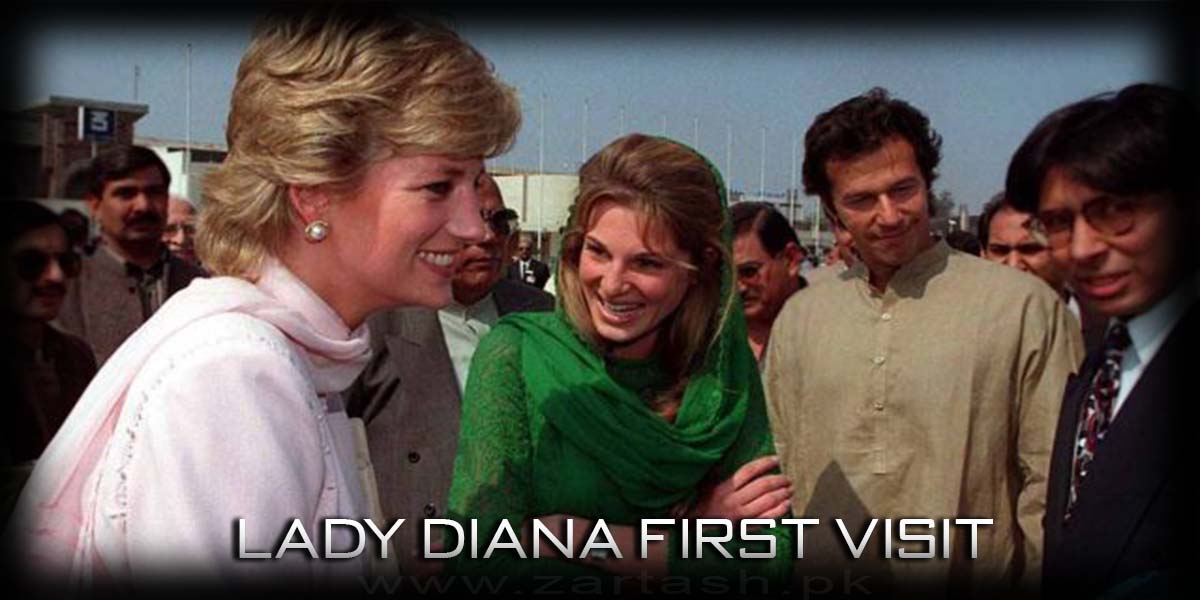 Lady Diana visited Pakistan for the second time in February 1996 on the invitation of Imran Khan (Current Prime Minister of Pakistan).

At that time, Jemima Khan was Imran’s wife and his mother in law, Lady Annabel Goldsmith also accompanied by Lady Diana.

They went to Shaukat Khanum Memorial Cancer Hospital, where Diana showed a lot of love for the children in distress.

In May 1997, the Princess of Wales took her third and final visit to Pakistan.

She landed in Lahore and greeted by the Punjab education minister Chaudhry Mohammad Iqbal and Khan. She came to launch an endowment fund request for Imran Khan’s cancer hospital and research centre. The request hold on 23 May at a ceremony.

Diana left for London the day after and just three months later; she died in Paris due to a car crash accident.

After 36 years, in October 1997, Queen Elizabeth again arrived in Pakistan, along with her husband, Philip.

Muhammad Nawaz Shareef was the Prime Minister at that time and coincidently, the nation was celebrating 50 years of independence.

I feel at home in Karachi as we share the same culture and understand each other well”.

Pakistan is a peaceful country; it has some of the most mesmerizing tourist destinations. The hospitality of the people is famous worldwide.

The Royal Couple’s visit to Pakistan will improve the global image of Pakistan and will increase the influx of foreign tourists. It strengthens relations with the British.

Moreover, due to visit; the culture of Pakistan will be promoted.