Iqbal day is celebrated in the memory of Allama Muhammad Iqbal, who is also known as Allama Iqbal. He was a great philosopher. Allama Iqbal is also recognized as the national poet of Pakistan. It was his poetry that united the Muslims of the sub-continent at one point. He served a lot in his life so that Muslims became able to recognize their powers and rights to live as a nation.

His poetry produced immense strength in Muslims so that they became able to stand to get freedom, and later they succeeded in achieving their separate identity in the form of Pakistan. Due to the great efforts of Allama Iqbal, all Pakistani nations and also the government of Pakistan pay high tribute to him on his birthday.

Initially, Allama Iqbal believed strongly in the Hindu-Muslim union but due to the extreme behavior and narrow-mindedness of Congress, his thinking was changed. So, he proposed the Ideology of Pakistan and awakened the Muslims through his poetry. According to Allama Iqbal:

The briefing of Allama Iqbal that was held on Allahbad in 1930, is very famous in the history of Pakistan. Allama Iqbal demanded a separate state for the first time in his presidential address in the following words:

The formation of a consolidated North-West Indian Muslim state appears to me to be the final destiny of Muslims, at least of North-West India. The life of Islam as a cultural force in this living country largely depends on its centralization in a specified territory, I, therefore, demand the formation of a consalidated Muslim State in the best interests of India and Islam.

In his speech, Iqbal emphasized and put stress on the unique and separate identity of the Muslims. He said that there is a high need for the political unity of the Muslims and that there should not be mixing and blending of Muslim identity into a vast society in which there are residents of different religions, different cultures, and different languages and Muslims have a separate identity so their identity should be preserved and there should be a separate homeland for them so that they live freely there and could practice Islamic laws and norms.

In 1930, in Lahore, Iqbal’s six English lectures were published in which there was stress on the role of Islam as a religion and as a legal and political philosophy in the modern age. Iqbal also expressed his feelings that the spiritual foundations of Islam would be weaken only due to secularism.

In these lectures, Iqbal has strongly stressed the political attitudes that are misguided and are connected to the power and have no interest in creating the best environment for the Muslims.

Why do We Celebrate Iqbal Day?

Iqbal day is the birthday of Allama Muhammad Iqbal which is celebrated every year on the 9th of November. There is a public holiday all over the country. Teachers motivate the children in schools to prepare speeches to describe the dignity of their National hero.

Also, they present beautiful tablows by wearing traditional costumes to recite his poetry. All institutions like to hold functions in different forms to recall the efforts of Allama Iqbal and to refresh the essence of literature and unfold his sacrifices and enlighten his efforts for the betterment of the Muslims.

These institutions celebrate these events in order to promote moral values among the students by reminding them of the struggles and efforts of their national heroes who ventured their lives for the well-being of their nation. Iqbal day is highly celebrated as he is our national hero who motivated and stimulated Muslims to get freedom and also has envisioned the ideology of Pakistan.

In addition to schools, a large number of literary and cultural organizations also conduct programs at the regional level to remember Allama Iqbal and his work. The entire nation shows his love on Iqbal Day. The guard change ceremony is held every year by the government of Pakistan at his grave, called “Mazaar-e-Iqbal,” which shows the importance of Iqbal day. Mazaar-e-Iqbal is located in the Hazuri Bagh, in between the Badshahi Mosque and the great Lahore Fort.

Allama Iqbal was born on 9th November 1877 in Sialkot. His zodiac sign is Scorpio. This sign reflects great intelligence according to the horoscope. 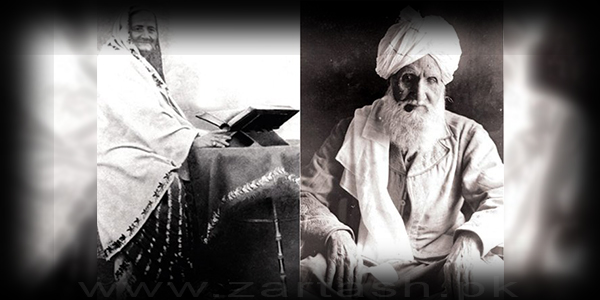 His father’s name was Sheikh Noor Muhammad, who was a Tailor. His mother, Imam Bibi was a very humble and polite woman. Allama Iqbal much loved his mother.

On her death, 9th November 1914, Iqbal suffered from severe grief.  He also expressed his feelings in poetic form, “Every atom of creation is a prisoner of fate”.

Sheikh Ata Muhammad was the brother of Allama Iqbal and his sister was Zaynab Bibi.

Iqbal married Karim Bibi in 1895. Khan Bahadur Ata Muhammad Khan, who was a physician, was the father of Karim Bibi. At the time of marriage, Iqbal’s age was 18 years.

In December 1914, Iqbal married for the second time Mukhtar Begum. His second wife died in the year 1924 after giving birth to a son.

This son also died at the time of delivery, along with his mother. 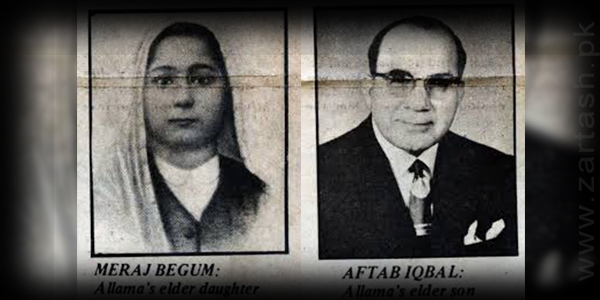 Sardar Begum also gave birth to a daughter named Muneera Bano. She was born in 1930.

Allama Iqbal kept British Raj Nationality and mixed ethnicity. His father was from Kashmir, and his mother was a Punjabi Muslim from Sialkot.

Education: From Where Iqbal did Graduation?

Allama Iqbal got his early education from Syed Mir Hassan in Sialkot. He learned Quran Majeed when he was only four years old. Iqbal got admission to Scotch Mission College and completed his matriculation in 1893.

In 1895, he did intermediate in Faculty of Arts diploma. He also learned the Arabic language, and in 1897 he won the medal because he performed well in Arabic.

He also did a Bachelor of Arts in philosophy and English literature from Government College University. 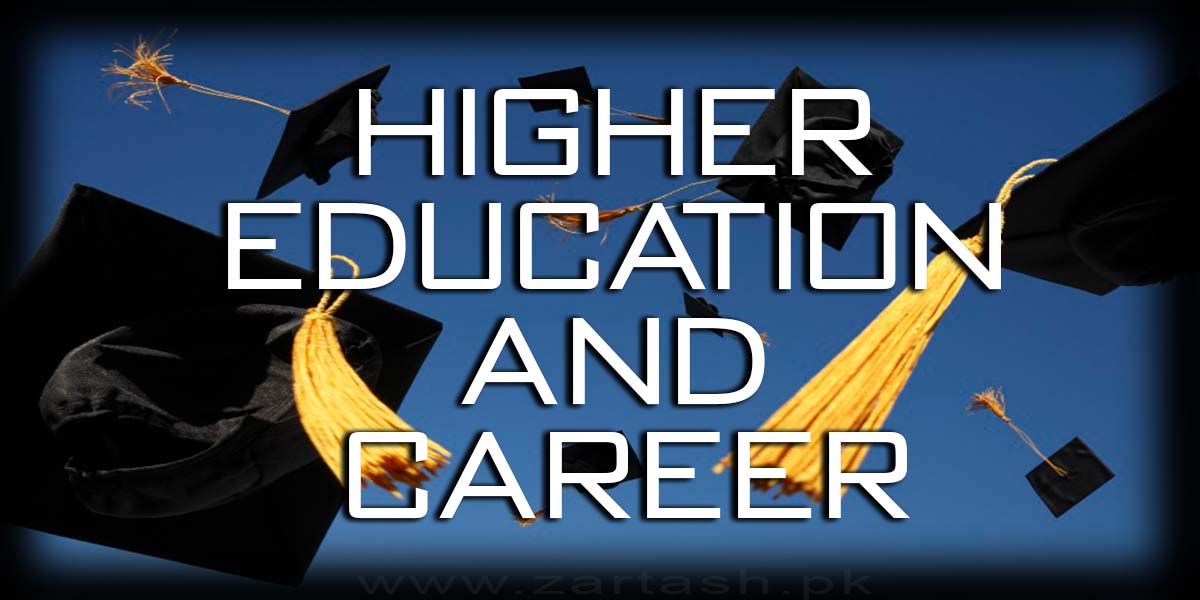 Sir Thomas Arnold was the philosophy teacher of Iqbal who convinced him to go to England for higher education.

In 1905, Iqbal went to England and qualified for a scholarship from the University of Cambridge. He got a Bachelor of Arts in 1906. In the same year, Iqbal was “called to the bar” (it is a terminology, uses in most common law jurisdictions) as a barrister at Lincoln’s Inn.

In 1907, Iqbal traveled to Germany and earned a Doctor of Philosophy degree from the Ludwig Maximilian University of Munich in 1908.

Allama Iqbal had an in-depth sight of nature. He was highly educated, and his poetry had a vision in it due to which he got the title Hakeem ul Ummah and is also called Father e Millat.

Allama Iqbal suffered a throat illness in 1933 after he returned from a trip to Afghanistan and Spain. He died on 21 April 1938.

Every year, not only thousands of Muslims but also non-Muslims like to pay tribute to him due to his sincere efforts and heart touching poetry,

“When truth has no burning, then it is philosophy, when it gets burning from the heart, it becomes poetry” – Muhammad Iqbal
#AllamaIqbal pic.twitter.com/0wfGemjn0U

The tomb of Allama Iqbal is present in Lahore. In his final years, he helped Niaz Ali to establish a Trust named Dar ul Islam.

He also frequently visited the Dargah of the famous Sufi Ali Hijwiri for spiritual assistance. His efforts were exceptional, and this is the reason why he is famous all over the world.

People read his work after translating it into several different languages. 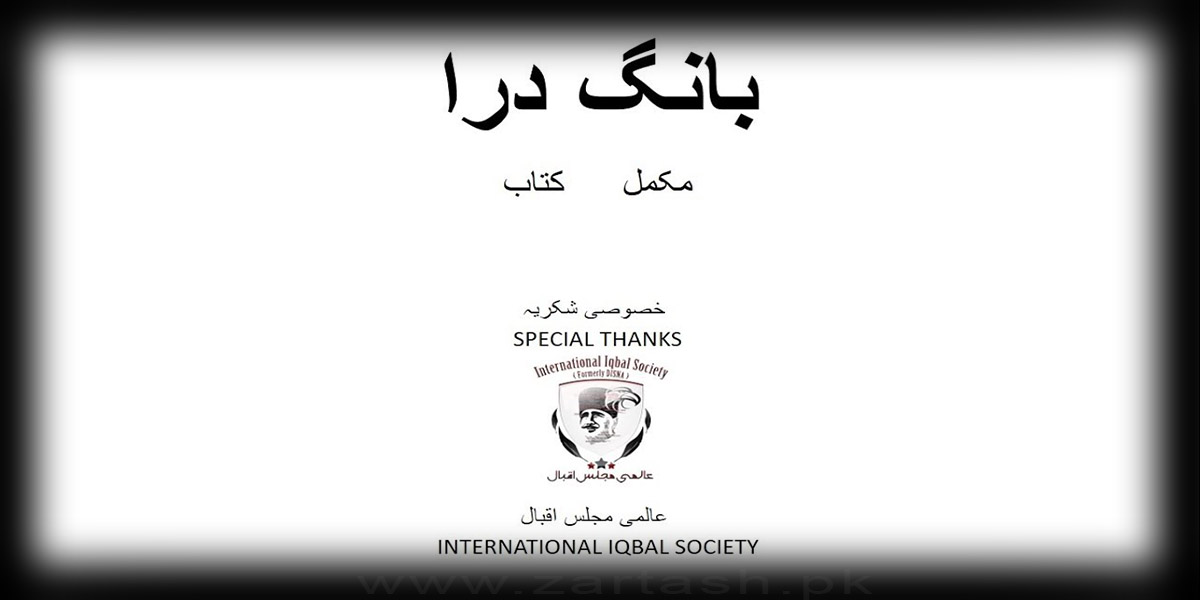 The work of Allama Iqbal played a considerable part in that we have Pakistan. Now we enjoy the freedom and breathe in the atmosphere of a separate country where we can spend our lives according to our traditions and can openly fulfill our religious obligations without any fear.

Iqbal Day Poetry is very popular among the Pakistani generation. people love to share their poetry. Iqbal’s philosophy is still valid, and his ideas are reflected in his poetry and much touch the heart of Muslims.

The idea of new nations carved out of Hindustan with the transformation of the modern Hindu by unlearning violent ethos of ancestors:

“Nations are mothers of ideals; but ideals, in course of time become pregnant and give birth to new nations.”
—#AllamaIqbal‘s Stray Reflections pic.twitter.com/NiF0I5UwFc

Iqbal Day celebrations are held at the highest level all across the country, which is proof that the Pakistani nation can never forget its work. In this digital period, youngsters love to upload Iqbal Day Quotes at their social status. Some of the attractive quotes are:

Failure is not fatal until we surrender trying again is the key of glorious victory.

An unbeliever is he who follows predestination even if he is Muslim, Faithful is he, if he himself is the Divine Destiny.

If faith is lost, there is no security and there is no life for him who does not adhere to religion.

Allama Iqbal is still alive in our hearts, and our generations will always remain thankful for him, and will always love him.