Top Most Beautiful Places of Tourism in Pakistan

Tourism in Pakistan is a superb experience for the one who loves traveling. As Pakistan is situated in South Asia, it contains strategic geographical positions, thus shares the natural beauty of Ancient Places. Makli, Mohenjo –Daro, Minar e Pakistan, Taxila and Badshahi Mosque are most popularly visited ancient places of Pakistan.

Pakistan is the “Land of Pure” and shares four borders. These are China, Iran, Afghanistan, and India. These borders also remain the place of interest for the people to be visited.

Why Do International Tourists Visit Pakistan?

Pakistan is an agricultural country but at the same time, it is blessed with so many hills, mountains, and valleys. The most beautiful valley which is situated in the North of Pakistan is known as Hunza Valley. This flourishing green valley is also famous as Heaven on the Earth due to its glaciers, mountains and natural beauty. It observes four seasons in a year. Every season contains its intrinsic splendor.

Majority of tourist prefers to visit breathtaking views of the mountains of Gilgit Baltistan. People from all around the world are attracted by the majestic landscape and the snowcapped mountains in the Northern areas. These mountains cover the world’s highest ranges.

From hundreds of mountains, the name of some peaks is K2, Broad Peak, Gasherbrum, Nanga Parbat, and Passu Cones. All these are the best places for tourism in Pakistan.

Is Pakistan Safe for Tourism?

Recently, on Oct 14, 2019, the British royal couple Prince William and Kate Middleton arrived in Pakistan. They safely completed tourism in Pakistan. They visited Chiatibo glacier in the Hindu-Kush mountain. The couple loves to be there. Prince William expressed his feelings by saying that it is a wonderful place that he never saw before even all over the world.

To stand honorably and independently, the economy of a country must be expanded. Those nations; whose economic conditions are stable, can put their heads high in the world. Several factors play a vital role in increasing the economy, and a state continues to struggle to find different ways to expand the production and trading methods.

Among the several factors, i.e. culture, geography, laws, and history, there is another trend that is grown widely in Pakistan and plays decisive role regard to the economy of a country, which is Bike Tourism.

Why is Bike Tourism Most Suitable One?

Initially, tourists like to use a bicycle as a vehicle for tourism but now a day’s Bike is most commonly used. Bike tourism reduces fatigue, and also it is time-saving. It is the most suitable way for girls because it reduces the burden of peddling and saves their energy.

Although some safety measures are also required during the tour on a bike so that journey becomes more comfortable.

A place where girls are safe 😍
Biker tourist in pakistan#پرامن_پاکستان pic.twitter.com/69Pov126Ti

Safety is the most important responsibility of a person while going for any tour. Always work on the following precautions: 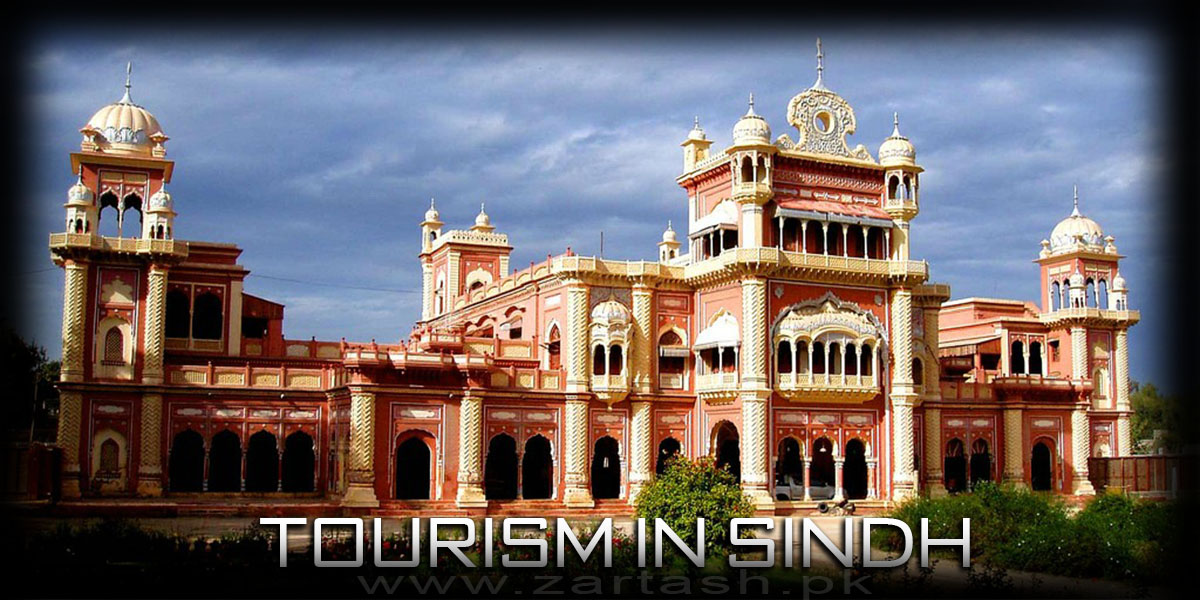 Sindh is present on the southeast side of Pakistan. It is Pakistan’s third-largest province by area. Sindh is the most populated province after Punjab and it has amazing people. Historically, Sindh depicts the cultural and ethnic values of those Muslims who migrated from India after independence and mostly are Urdu Speaking.

All cities are popular and contain different agricultural and historical values in the eyes of people who love tourism in Pakistan.

Which is the Most Famous City in Sindh?

Karachi, which is the capital of Sindh, is the most popular one. It is worldwide recognized because Pakistan’s busiest international and domestic airport named Jinnah International Airport is present in Karachi. Furthermore, it contains several historical places. Some other sites which are liked to be visited by tourists are listed below:

Frere Hall building serves for the exhibitions and located at Fatima Jinnah Road in Karachi City.

Beautiful and Memorable Places in Sindh

Cities of Sindh contain various memorable and historical places to be visited. We introduce city-wise tourism places in below: 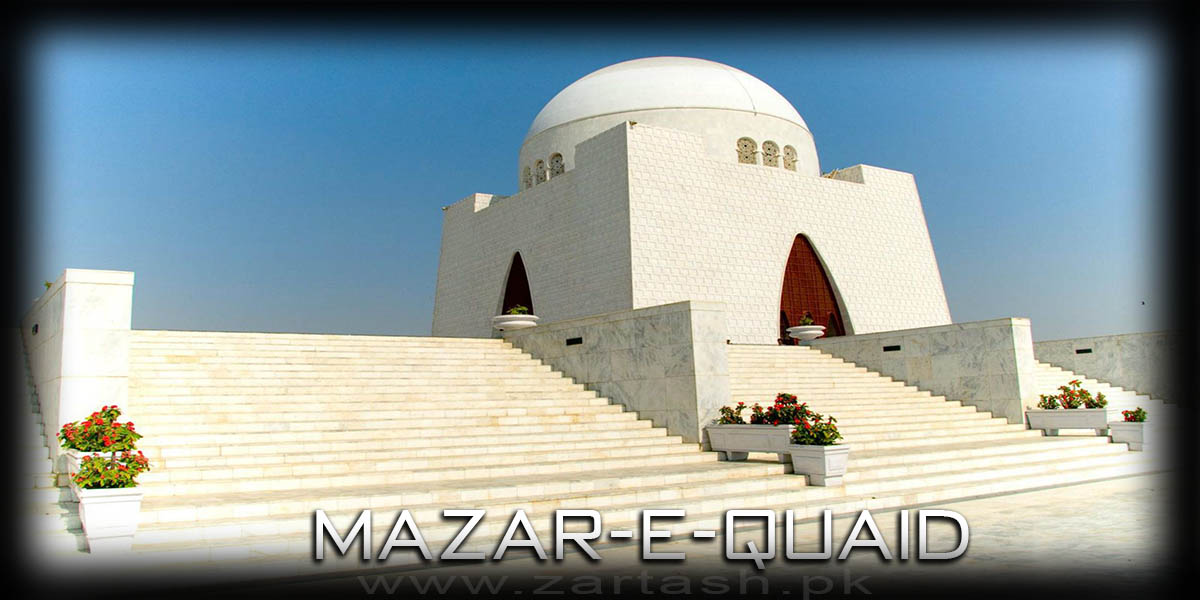 Mazar-e-Quaid is the tomb of great Pakistani leader, Quaid-e-Azam Mohammad Ali Jinnah who is the creator of Pakistan. It is located near Gulshan-e-Iqbal in Karachi with easy road links; thus, the visitors face trouble-free access towards the tomb.

The Tomb has a magnificent appearance. Globally renowned architecture Yahya designed the structure of the tomb. The tomb contains white marble with curved arches. The inner chamber is decorated with crystal chandelier. There are beautiful gardens around the monument.

Lush greenery is an exciting and spectacular thing for people to spend their time in the evening. The gardens also contain numerous benches. There are 15 fountains that are installed on one side of the mausoleum.

The park is decorated with beamed spotlights. At night, these lights are projected creatively on the tomb, thus develop charismatic feelings inside the viewers. These lights increase the beauty and charm of the place and mesmerize the visitors. The glowing on the marvelous tomb can be seen from several miles by the Karachiites at night.

People from all around the country like to visit Mazar-e-Quaid. Especially on the 14 August and on the birth date of our great national hero Quaid-e-Azam Mohammad Ali Jinnah (25 December), the tomb remains crowded by the people. Few official and military-based ceremonies are also held on Pakistan Day (23rd March) and his Death anniversary (11 September) where different political leaders and army officers do present a tribute to him. 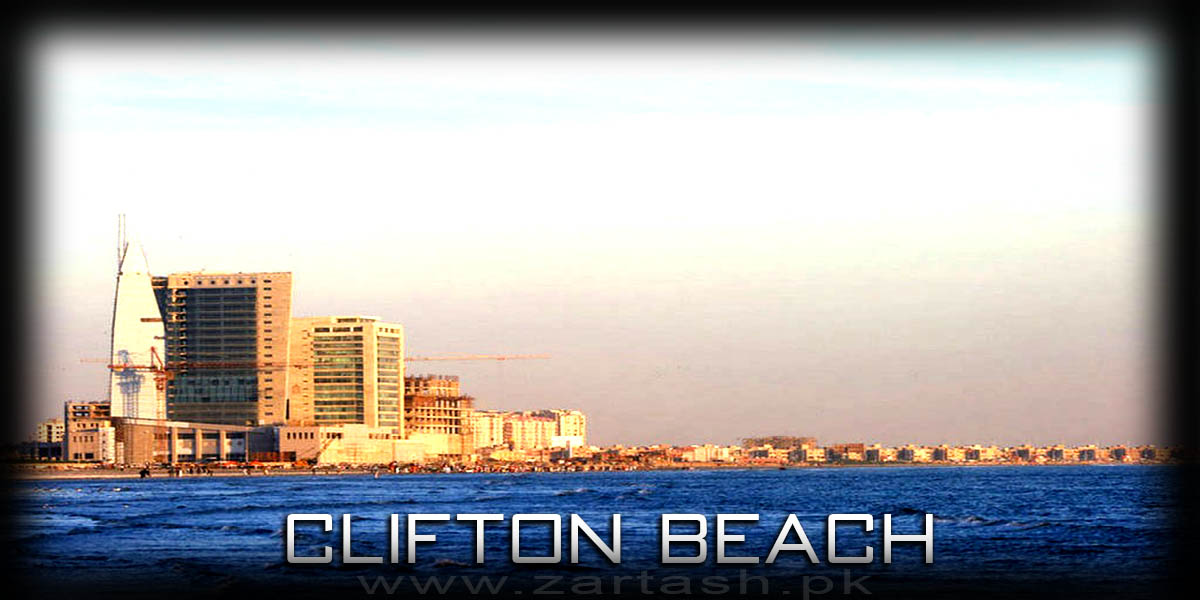 Clifton Beach is one of the beautiful places of Karachi, which is also known as sea view. It is situated in the Arabian Sea and it the only one all-around Pakistan, thus it is prevalent among the people and holds significant value among the beach lovers and tourists.

The sea view is present near Sadder Town, which is the living area of elite class people. The apartments across the beach are rated very high, but at the beach, the fun which is managed to provide to the tourists is much inexpensive. It includes tri bikes, camel riding, and horse riding. People enjoy a lot by riding on them in an affordable budget.

Near Clifton beach, there is an amusement park, and there is also a newly constructed Cineplex Cinema. Different entertaining shows are held there. Some people go there to watch international movies but mostly like to celebrate the picnic at the beach and enjoy the freedom of cooking by eating readymade food items that are also available at the sea view.

At the seashore, there are also stalls of handy made items that are made by sippi, seashell or pearl barley.

These items reflect the asset that is present in the depth of the ocean and sometimes come to the shore along with waves. Some of them are very precious, but people like to buy it. Children love to collect seashells and try to make handmade jewelry from them.

Also, there is a food street on the right side of the sea-view point where Chinese, continental, and seafood is present. People can choose different dishes according to their taste. On the left side of the sea viewpoint, there is a Dolmen Mall which is a famous shopping area for the comers.

This Mall introduces top and expensive international brands. Tourists from all around the world find it an ideal place to visit.

Clifton Beach surprises the visitors by the floodlights at night. The time when the sun sets in the West, the different feelings develops in you as compared to the daytime because these floodlights provide an electrifying effect on the entire sea.

People also make memorable pictures after standing among the coming waves. Some tourists like to go far enough inside the sea to make their tourism more exciting and full of fun, but safety measures should also be taken before doing any adventure. 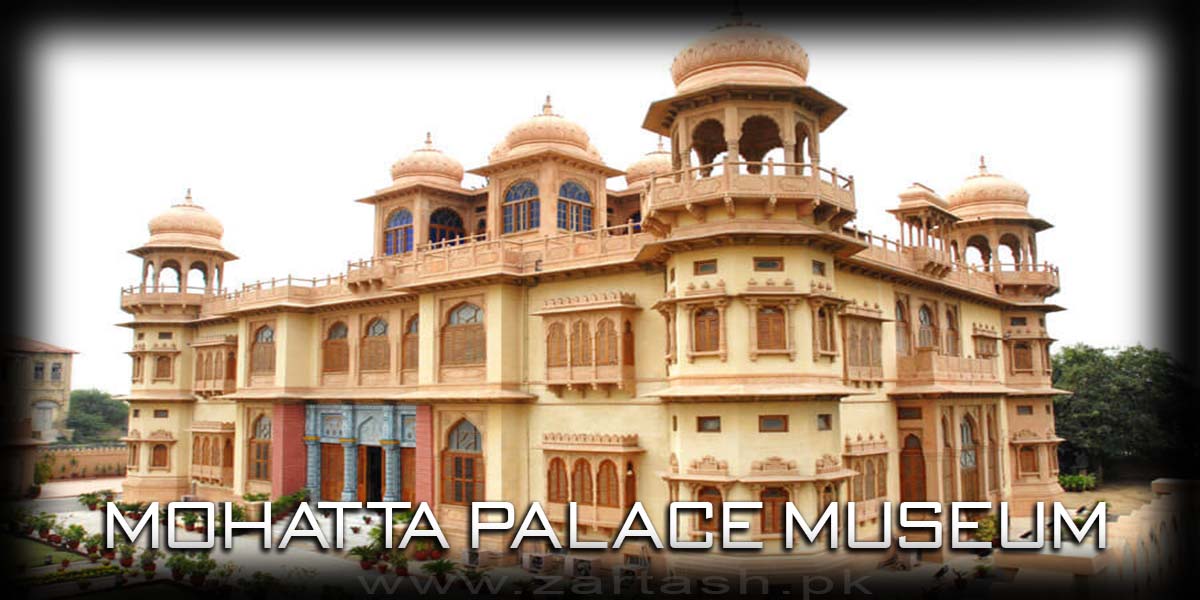 Mohatta Palace Museum is a true reflection of art, culture, and history. It is present in Karachi near the posh seaside of Clifton. The Palace is a beautiful place for tourism with friends and family.

The existence of the Mohatta Palace Museum was the result of an Indian Marwari businessman, Shivratan Chandraratan Mohatta, who built this building in 1927 for the residential purpose. The design was architected by Agha Ahmed Hussain.

This Palace depicted the taste of Hinduism as he built a beautiful family temple on the terrace of the palace that was dedicated to their Hindu God, Lord Shiva. But after independence, Shivratan Chandraratan Mohatta had to leave Karachi and shifted to Rajasthan in India.

After his departure, in 1947, the Government of Pakistan got the hold of the building to house the Ministry of Foreign Affairs. From 1964 to 1980, Jinnah’s family lived here, but after the death of Shireen Jinnah, the palace was sealed.

In 1995, the government of Sindh purchased it and converted it into the museum. The museum was properly opened in the year 1999. Nowadays, it is used as an art and heritage exhibition venue.

The palace occupies 18,500 sq ft area. There are nine domes with one in the middle position. There are octagonal towers on each corner of the Palace. It is trimmed with windows containing stained glass that open in the gardens. The Palace has luxurious large rooms on the first floor while the ground floor rooms are for entertainment purposes to facilitate the visitors.

The basement comprises a stairway that downward towards a pool house that has an attached changing room. Near the pool, the house has small ventilators that are the best source of sunlight and letting out condensation. There is a small collection of English statues next to the Main building.

Entry in the museum is free for kids up to 12 years old. Tickets for adults are of Rs 30. A small souvenir products shop is also available here. Opening timings are between 11-00 am and 6-00 pm from Tuesday to Sunday. On Monday it remains closed. It is an excellent place for architecture and history lovers. 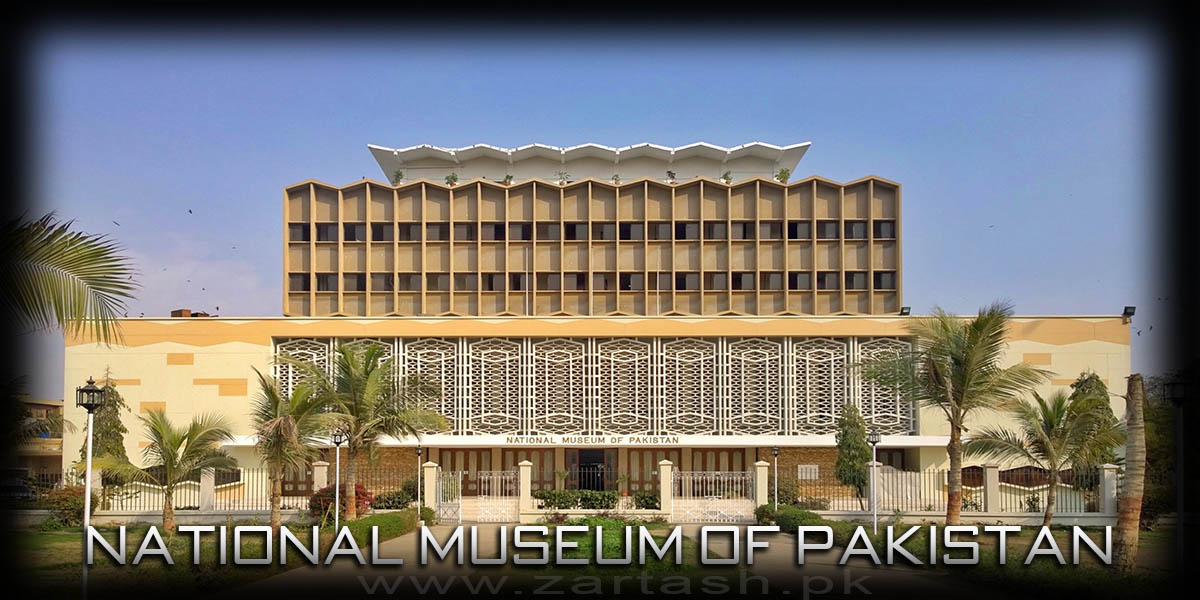 The museum is an extraordinary place to become familiar with the cultural, religious, and historical values of its people. The National Museum of Pakistan is a famous place in Karachi and established in 1950. This museum has preserved the records of hundreds of sculptures.

There is more than 57,000 collection of an old coin. Reading material and publications around 70,000 are present in the National Museum. Museum also contains “Quran Gallery” where more than 300 copies of Quran Pak are available on display. 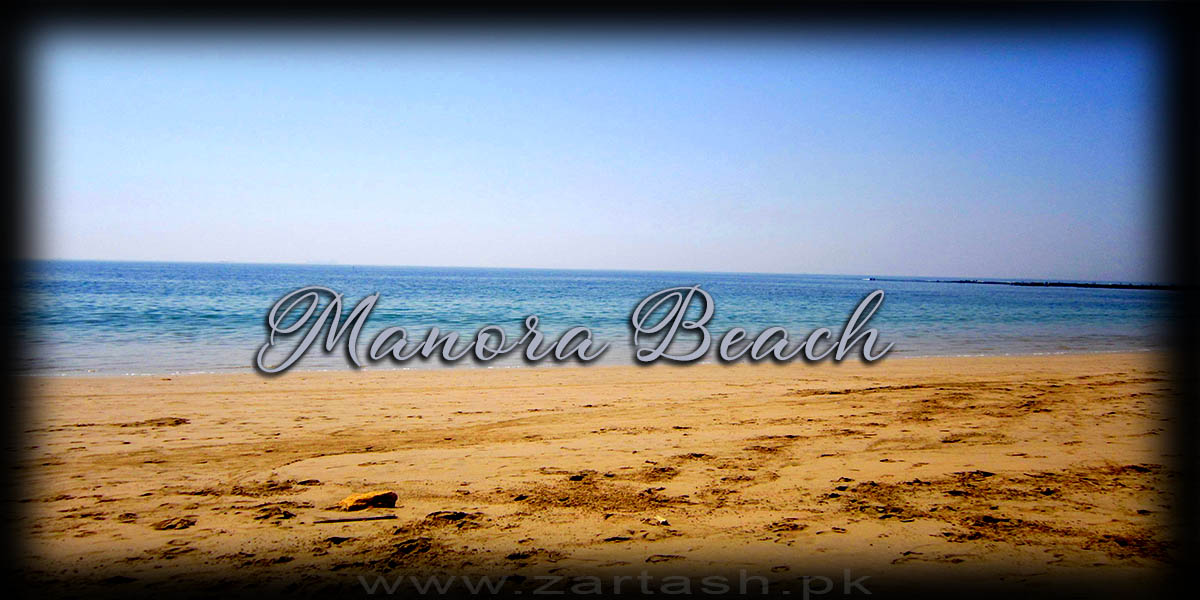 Manora is a favorite tourist spot due to its long sandy beaches that expands along the southern edge of the island and unite into the shores of Sandspit and Hawkesbay. From the mainland Karachi, Manora lies approximately at the distance of 15–20 minutes by boat ride.

In the southeastern end of Manora island, there is the tallest lighthouse having the measurement of 28 m or 9 1 feet with a reach of 26 marine miles Manora light-house in Pakistan. A Canadian engineer Alain-Chartier-de-Lotbiniere built this lighthouse on the command of the British Empire in 1889. The purpose of this lighthouse was to assist the vessels approaching Karachi port.

Manora is present in the south direction of the Port of Karachi. Manora and adjacent islands make a protective obstacle between Karachi port to the north and the Arabian Sea towards the south. Initially, this island was utilized as a small fort.

At that time, the harbor of Karachi traded with Bahrain and Oman. Due to the strategic location of Karachi, the British stormed at the Fort and defeated the Kalmati Baloch tribe who settled in Karachi. Although the fort has now hidden beneath the marine base and Manora island has served for more than 50 years as the main base of the Pakistan Navy.

Tourism in Pakistan is a wide and interesting topic. The more we talk about it, the more the joy and excitement of the reader increase especially the beauty of northern areas that can never be described in words. It is a natural beauty that one can feel by visiting these places in real.