The name of this handsome Turkish actor is Cengiz Coskun, who portrayed the role of a brave warrior with the name Turgut Alp. 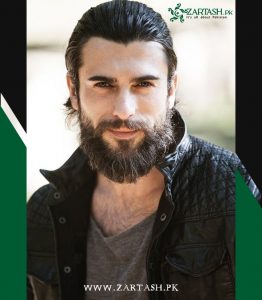 Dirillis Ertugrul or Ertugrul Ghazi is a Turkish historical drama that centres around the life of Muslim’s bravery and efforts on the way of Islam. The main character of this series is Ertugrul, who is the father of Osman. Osman was also a brave Turkoman leader who fought with intellect and won. He spread Islam in the far region of the world, and he was the founder of the Ottoman Empire.

This show was filmed on December 10, 2014, in a village named Riva. It is located in the district of Istanbul. The director of this adventurous drama serial is Metin Gunay.

There are five seasons of this drama, and the number of episodes is around 70 in each season.

The Dirillis Ertugrul show was much appreciated in Turkey. Recently, it has started airing with Urdu dubbing in Pakistan on the command of prime minister Imran Khan at Pakistani Government channel PTV with the name Ertugrul Ghazi. 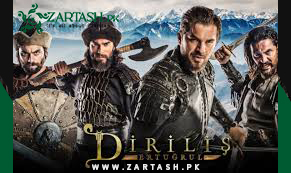 A Pakistani nation that is a true patriot and loves their history and culture valued a lot to this drama. That’s why it becomes more prevalent in Pakistan than Turkey and has made a new record of subscriptions at the Urdu YouTube channel in just one month.

Pakistani population has also appreciated the characters acting and beauty resulting in an immense increase in the followers of these actors at social media platforms. There is no doubt that Pakistan’s entertainment world is very vast and they openly appreciate true legends.

Who was Turgut Alp in Real?

Turgut was one of the close friends or warriors of Ertugrul. He was a great soldier of Islam who fought up to 125 years against many enemies and defeated them. He used an axe for the attack instead of using a sword.

His axe was the heaviest, strongest, and precious weapon in history. The weight of Turgut’s axe was 1650g and the height of his axe is 92cm.

Turgut was a great companion of not only Ertugrul but also Osman and the son of Osman Organ.

In Pakistan, people know him as Noor Gull, and there is a vast number of fans. The complete interview is present on YouTube and, it acquired the top position in trending for several days.

Pakistani top cricketer Boom Boom Afridi (Shahid Khan Afridi) was also part of the interview. The interview is taken by one of the favourite Waseem Badami.

Cengiz Coskun or Turgut Alp or Noor Gull told very interesting facts during the interview. Turgut told his fans that he is in love with someone else from an extended period. Thus, he refused the marriage proposals from Pakistan.

Cengiz further told in the interview that his favourite Pakistani dish is biryani. He wishes to come to Pakistan after the coronavirus pandemic would be finished, and he would like to eat biryani. Cengiz called Afridi as LaLa and requested to teach him cricket whenever he will visit the country.

Ertugrul Ghazi show on Pakistan’s televisions has shown the deep love with the Turkish empire. The massive popularity of this drama serial is a prove of the strong relationship between both Muslim countries.

Pak-Turkey relations will remain long-lasting, and hopefully, both countries will go ahead in friendship with further positive ventures in the future.

Importance of Blue Pottery Pakistan in the World