Marium Mukhtiar is one of the Pakistani Flying Officers. Her name will always remember among the brave fighter pilots because she die in the line of duty. She was the daughter of Col. (R) Mukhtiar Ahmed Shaikh and brought up in a sacred environment where passion for martyrdom always prevailed.

People who devote their lives to defend or protect their political or religious beliefs are the asset of a nation. Like men, women also contribute to different military designations. They play a big role to put the name of their country high in the world.

Marium Mukhtiar was born on May 18, 1992, in Karachi, with ancestral roots in Pano Akil, Sindh Pakistan.

Her zodiac sign was Taurus. She was a compassionate, hardworking, and sincere person. Besides being a great pilot, she was a good football player. She was very impressed with the Pakistan’s Army’s descipline and uniform so she decided to join Pakistan Air Force.

The energetic soul was one of the five female fighter pilots allowed to fly to the front lines. She was undoubtedly a role model for women and source of pride for Pakistan and will always remain in the peolple’s hearts for her dedication, bravery and love for her land.

Her father’s name is Dr Mukhtiar Ahmed Shaikh, who is an assistant professor at QUEST Nawabshah. He was a retired Cornal in the Pak Army. 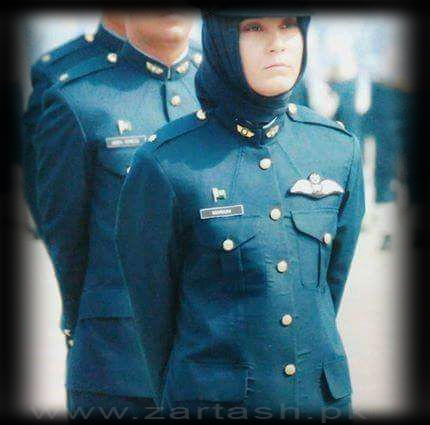 There was a military environment at Marium’s home and that aroused a strong burning desire in Marium’s heart to join the Pak army and perform the high duty of defending the homeland since her childhood.

Marium enrolled in Army Public school. After matriculation, she got admission to APSACS at Malir Cantt Karachi and completed her intermediate there.

During her student life, she also showed her interest in sports thus she participated in the National Women Football Championship and played football for Baluchistan United.

She did graduation from NED University Karachi. In 2014, she passed 132 GD courses in 2011 as a fighter pilot  in the Pakistan Air Force and started her career as a Flying Officer in Pakistan Army. She went to PAF Academy Risalpur with seven other female Pakistani cadets who underwent training and graduated as pilot officers.

Why is Marium Mukhtiar a Role Model?

BBC News published her interview where she shared her brilliant views. The video is also available on YouTube.

Marium Mukhtar died on Tuesday, 24 November 2015. The cause of death was the crash of an aeroplane when she was on her routine training mission in PAF F-7PG along with Squadron leader named Saqib Abbasi.

The plane crashed near Kundian, Mianwali district, Punjab about 175 kilometres southwest of Islamabad.

During the flight, when pilots found the plane at risk and the aircraft developed a serious technical malfunction, Mariyum could save her life by immediate ejection but both pilots decided to take the plane out of the populated areas that’s why Marium faced a delay in ejection from the cockpit and caused martyrdom.

The government of Pakistan also declare her as the pride of the nation and remember to share her braveness in different occasions.

Chief of Army Staff General Raheel Sharif said in a condolence message; “Mariam was indeed a role model for women and pride of Pakistan“.

Air Chief Marshal Sohail Aman on Marium’s martyrdom, “no one can defeat a nation that has daughters like Marium“.

At the time of death, What was the Age of Marium Mukhtiar?

At the time of death, she was just 22 years old. She was the first and youngest female pilot of Pakistan to die on duty. Imran Khan, an inspiring personality around the whole world, also visited Shaheed Marium’s family.

Her funeral reached to Karachi’s Faisal Base in C-130. Several PAF officials attended her funeral prayer.

She has buried in Malir Cantonment Graveyard. 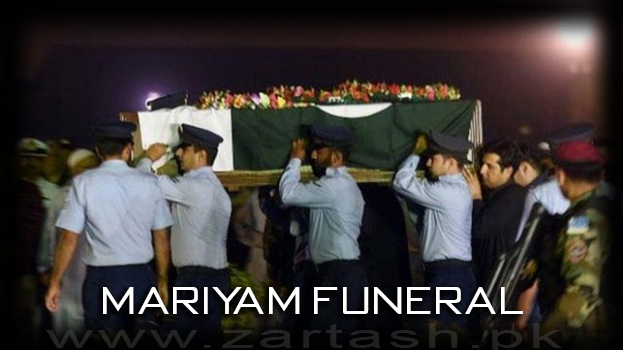 Marium was a confident and talkative extrovert lady. She kept a soft corner in the heart for the poor needy people. That’s why she often involved herself in charity work.

Before her death, she was supporting a school for poor children who were unable to afford education.

This section in PAF museum Karachi is dedicated to Marium Mukhtar Shaheed. A corner contains dolls and toys from her childhood. 💔 pic.twitter.com/ClTZOFDN1K

Importance of Martyr in Islam

Hadith: It has been narrated on the authority of Masruq R.A who said: We asked ‘Abdullah bin Masood about the Quranic verse:

“Think not of those who are slain in Allah’s way as dead. Nay, they are alive, finding their sustenance in the presence of their Lord…” (Chapter 3: Verse 169).

He said: We asked the meaning of the verse from the Holy Prophet P.B.U.H who said:

The souls of the martyrs live in the bodies of green birds who have their nests in chandeliers hung from the throne of the Almighty. They eat the fruits of Paradise from wherever they like and then nestle in these chandeliers.

Once their Lord cast a glance at them and said: Do you want anything? They said: What more shall we desire? We eat the fruit of Paradise from wherever we like. Their Lord asked them the same question thrice. When they saw that they will continue to be asked and not left (without answering the question).

They said: O Lord, we wish that Thou mayest return our souls to our bodies so that we may be slain in the way once again. When He (Allah) saw that they had no need, they were left (to their joy in heaven).

The Prophet P.B.U.H said, Nobody who enters Paradise likes to go back to the world even if he got everything on the earth, except a Martyr, who wishes to return to the world so that he may be martyred ten times because of the dignity he receives (from ALLAH).

Telefilm on the Life of Marium Mukhtiar 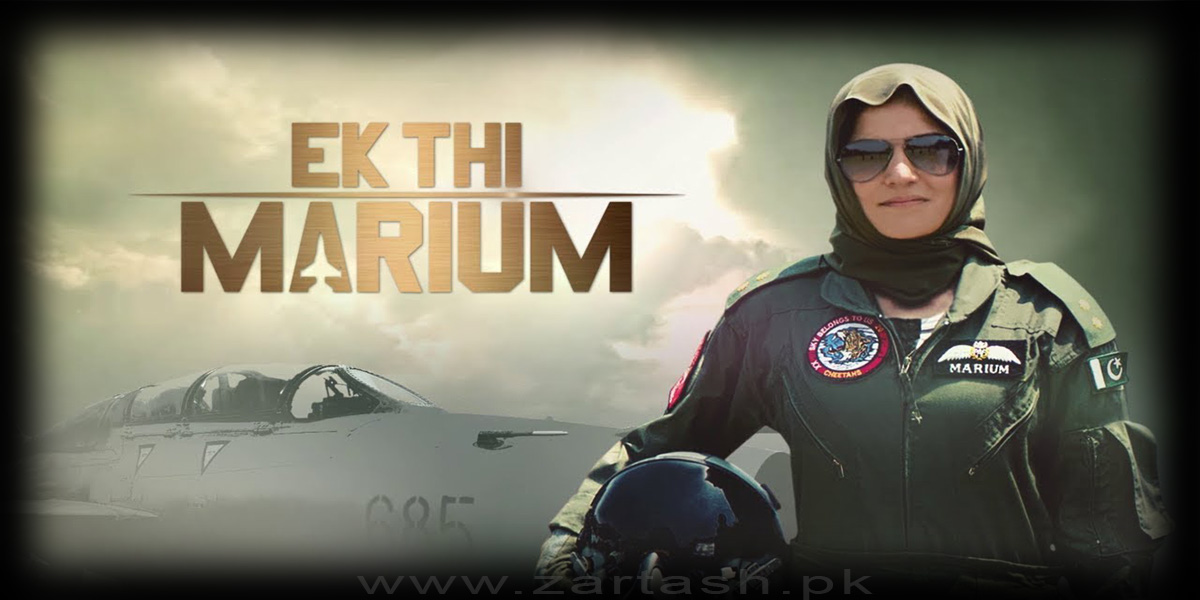 The writer of this film is Pakistan’s famous and most popular personality, Umera Ahmad. Sarmad Sultan Khoosat is the director of the film. This film depicts the life of fighter pilot Marium Mukhtar.

Pakistan actress Sanam Baloch has played the role of Marium in this film. This film was premiered on defence Day at Urdu1 channel.

People appreciated the film a lot and the acting of Sanam also received critical acclaim.

According to tribune.com.pk, the army chief, General Raheel Shareef paid tribute to the flying officer and her sacrifice and said in his condolence message:

“She was indeed a role model for women and pride of Pakistan,”

True patriots never frightened to fight against enemies and they win or become a martyr. These brave people are the life of a nation and the blood of a martyr is proud of his family and for the whole country.