This day marks 3 years to the last national elections in Pakistan, consequent to which PTI formed government under the leadership of PM Imran Khan. In the victory speech, then PM elect gave his vision for an Islamic Welfare State.

The key words were: Responsibility, Empathy & Self-Belief. Simply put, to make Pakistan self-reliant, the economy had to be strengthened, its stance be put across for bilateral ties to be made more favorable, and human capital be invested in for sustainable socioeconomic growth. 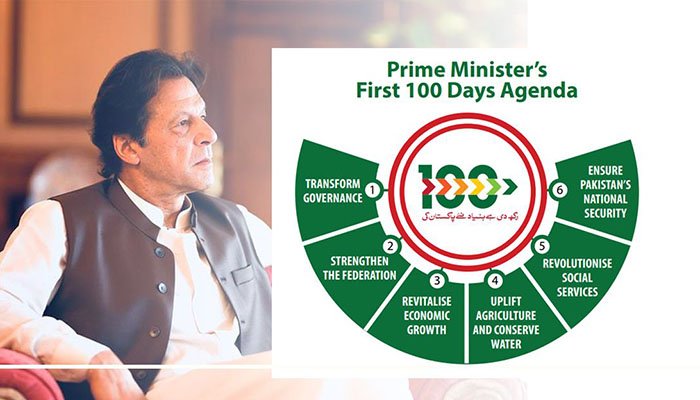 This is precisely what the Govt’s focus has been. Let’s first review the economic state at that time:
It inherited a balance of payment crisis, current account deficit of USD 18 B (5.7% of GDP), State Bank borrowing of PKR 6T & tax collection comprising less than 10% of GDP.

From the onset, the approach, in one word, has been “bold”. Facing much opposition, financial support of nearly USD 16B was arranged from ally countries including China, Saudi Arabia, Qatar & UAE before finally approaching IMF for a 13th bailout package. 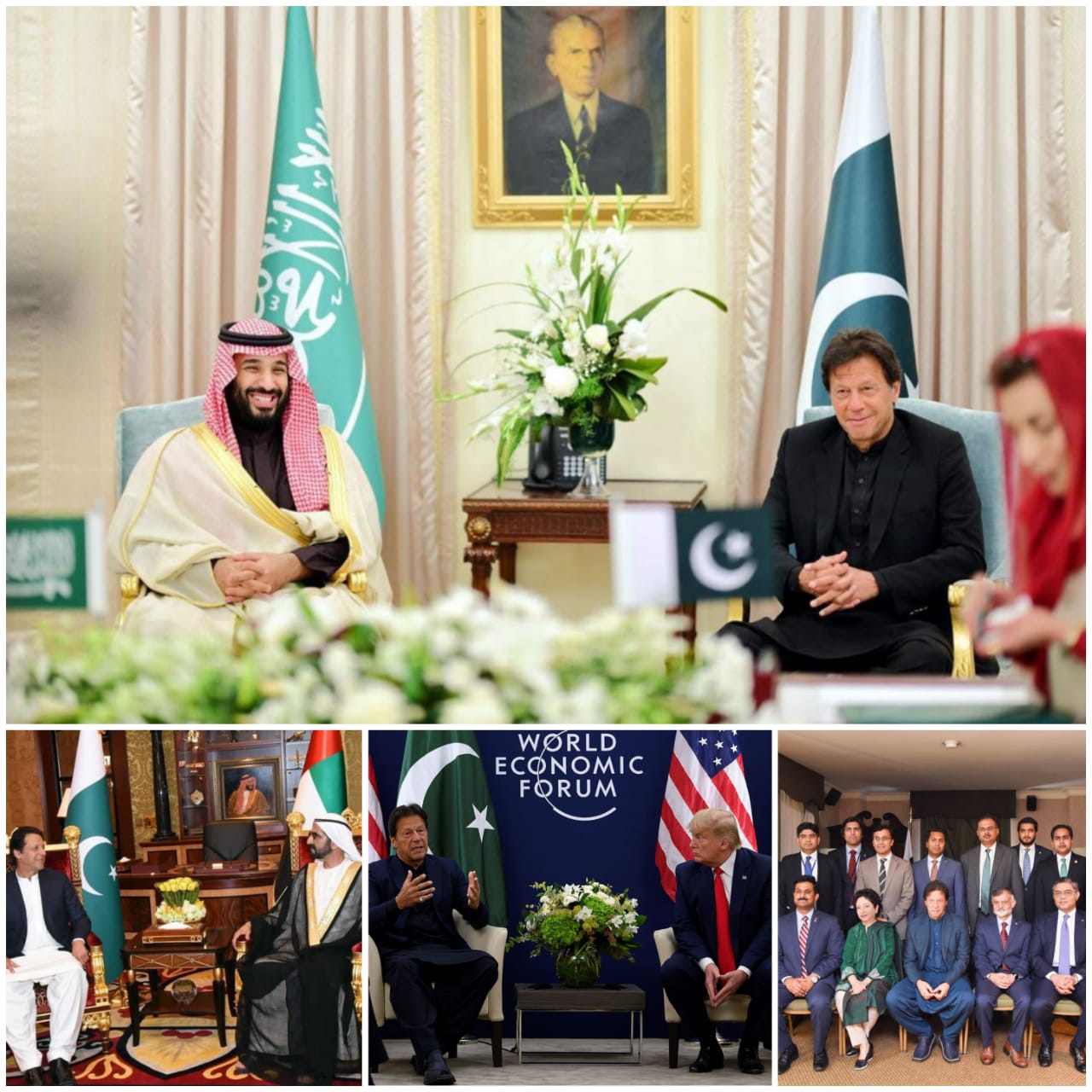 On the revenue side, resources have been mobilized through foreign remittance facilitation by introduction & expansion of innovative schemes such as Roshan Digital Account and Pakistan Remittances Initiatives. In addition, where on one hand Self-Assessment Scheme has been reintroduced for a more business-friendly environment, retail sector is being included in the net more deeply to increase the tax base. Drastic measures but necessary to revamp Pakistan’s economic outlook. 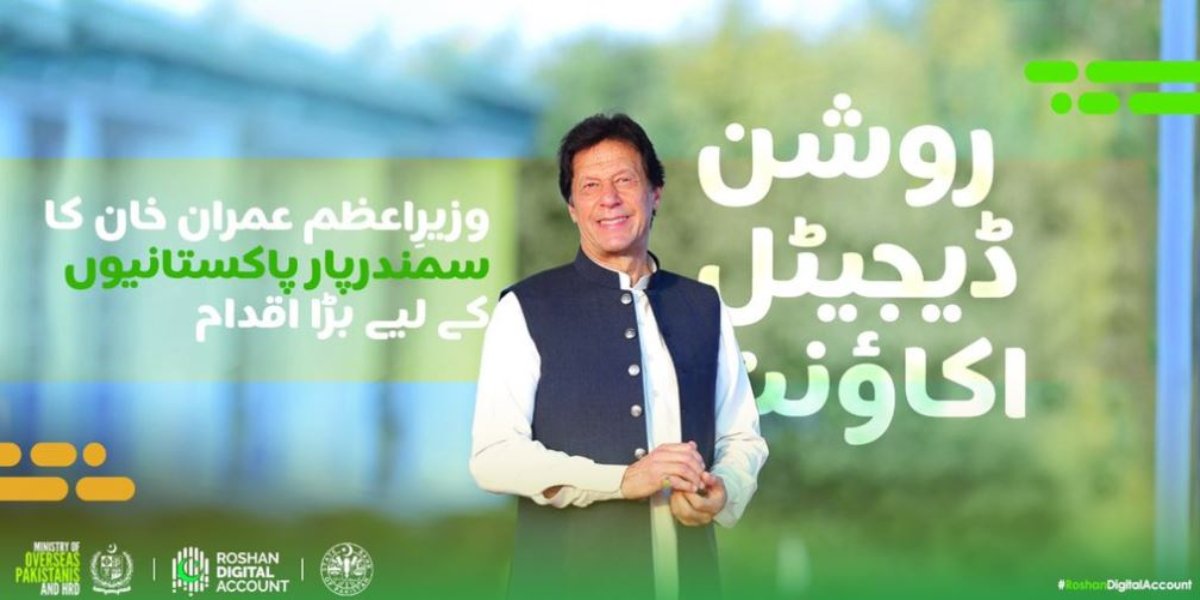 As a result, in FY21, foreign remittances rose to a historic high of USD 29.4B (27% YoY growth) & tax revenue collection grew by 18% (PKR 4.7T) On the expenditure end, the PKR 8T budget reflects a methodical & focused take on reviving the economy post-COVID19. 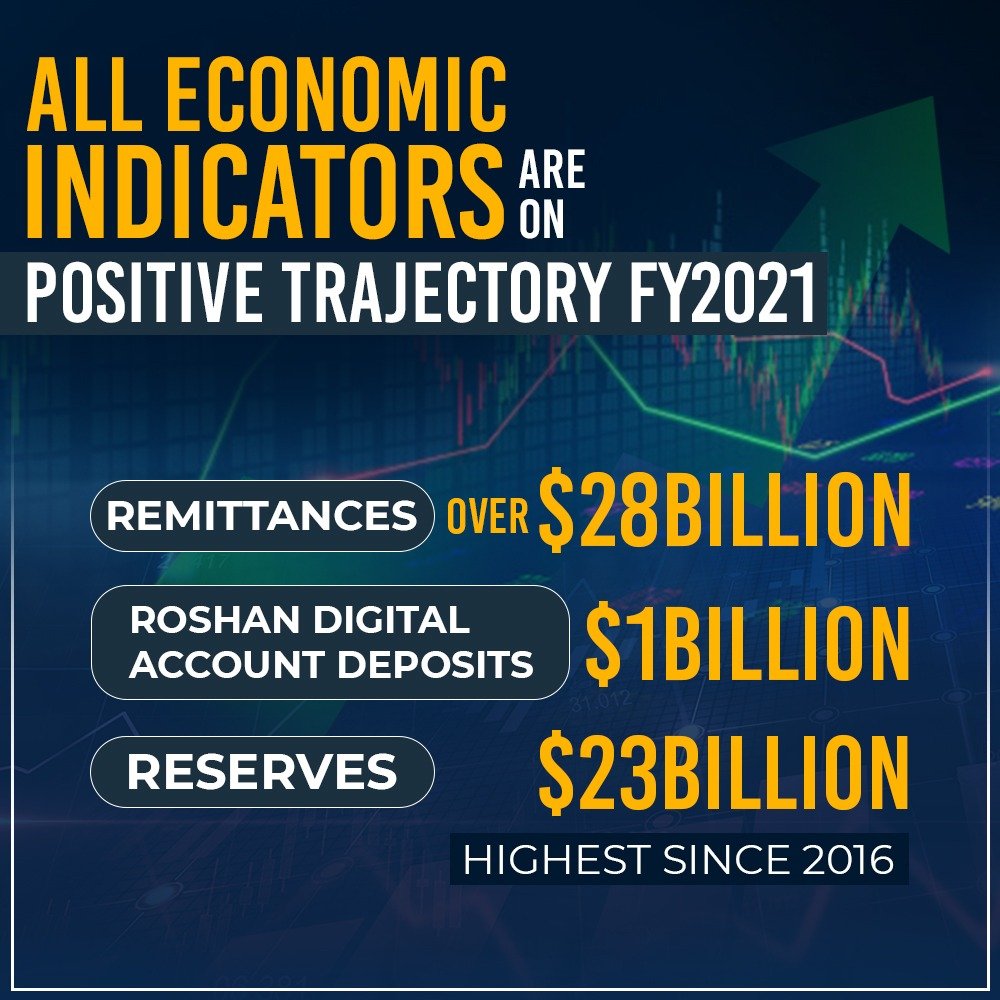 A pro-growth, inclusive budget that takes a bottom-up approach clearly reflects Govt of Pakistan’s priorities since taking charge. Its focus has been on social welfare, youth (Pakistan’s asset), climate change & water security. The results may take time but impact is inevitable.

The Ehsaas Kifalat, Pakistan’s globally acclaimed social welfare program is engineered on empathy & equality that lie at the core of PM’s vision. Since launch, it has set a mark for public sector effectiveness, transparency & impact via multidimensional poverty alleviation initiatives. 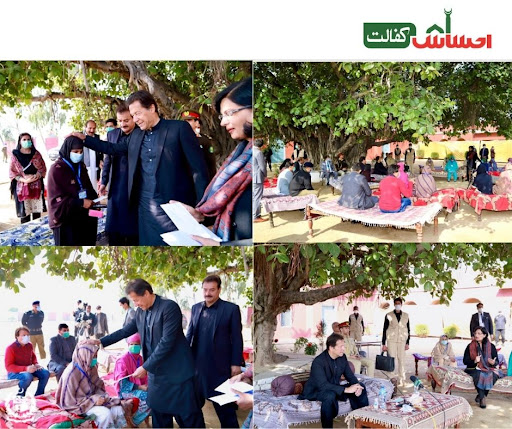 Its measures include but are not limited to interest-free loans to over 1.2 M households, cash transfer worth PKR 47 B among 4 M beneficiaries, scholarships to 50,000 students from 117 universities & Emergency Cash during the pandemic.

The Kamyab Jawan testifies the govt’s belief in the youth’s potential. When 60% of the population adds tangible value, its bound to rise as effective & responsible agents. The program creates economic opportunities for the youth via business loans, skills training & engagement. 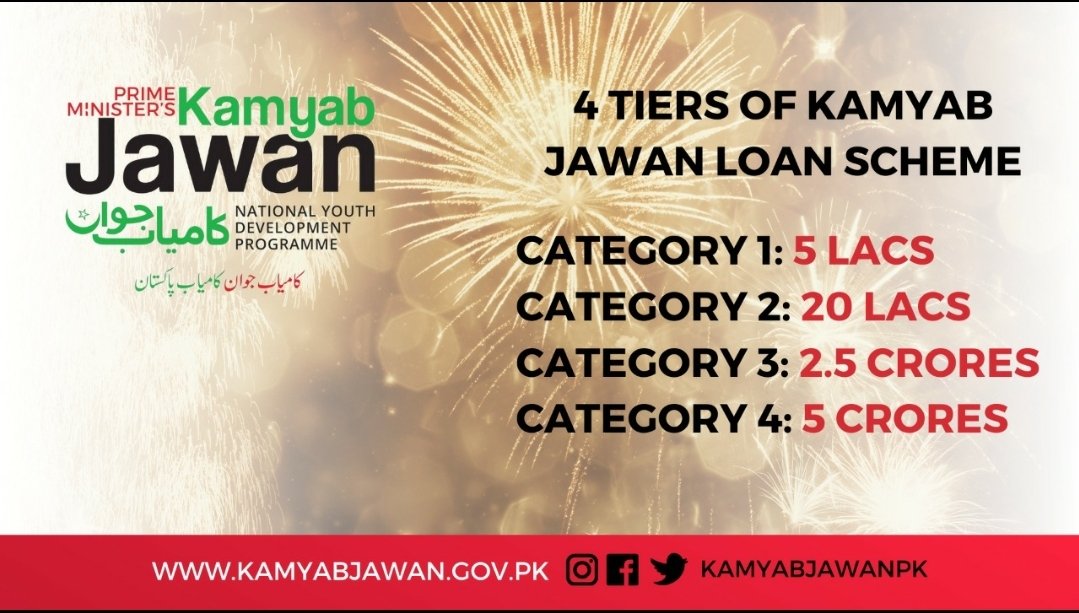 The new 4-tier loan programme offers collateral-free loans up to PKR 2M for micro-entrepreneurs, & higher token size of PKR 25M & PKR 50M for SMEs. With a well-structured push, the MSME sector will get a boost, have a positive social ripple effect & further contribute to the GDP Policy experiences have been put together for higher efficiency. This has led to the macro-level decision of uplifting 4M households through entrepreneurial microloans, skills scholarship, kamyab kissan & low-cost housing scheme. That is approx. 40M individuals being impacted. 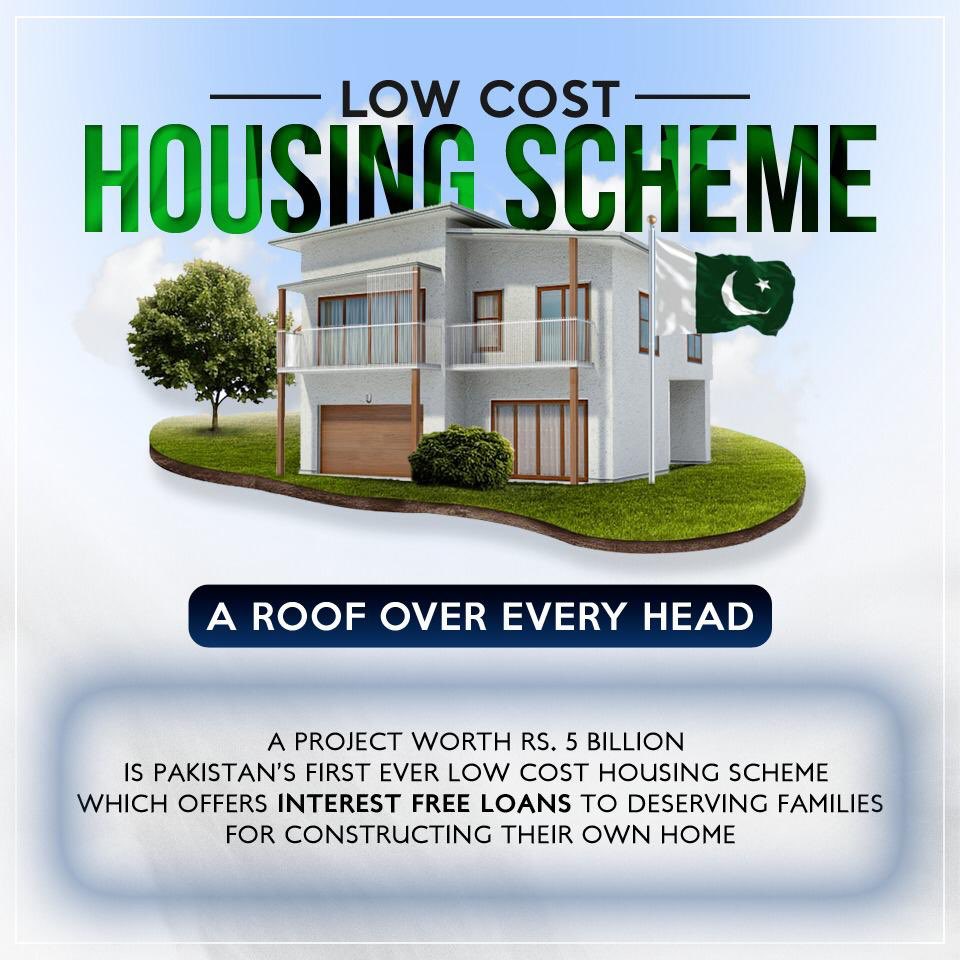 The Clean Green Pakistan is an emblem of Pakistan’s commitment to climate change. Built on the KP mass plantation program, the federal-level Ten Billion Tree Tsunami is inspiring efforts globally. To no surprise, it has achieved the UN Climate Action SDG a decade before the deadline. 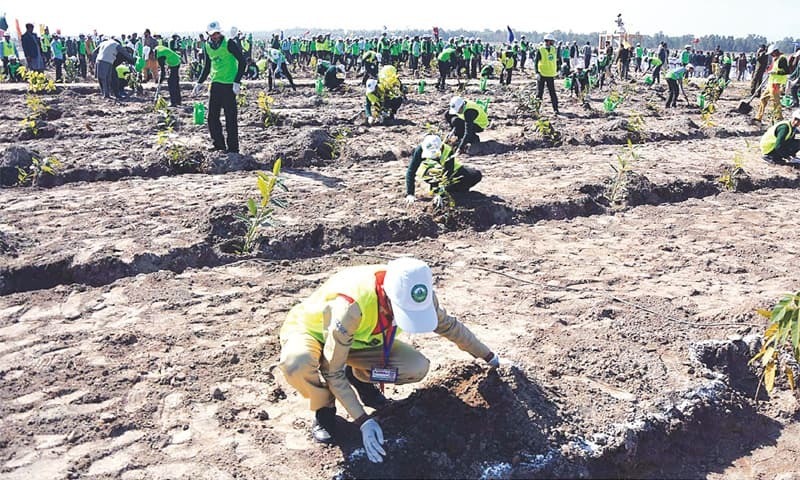 On the water & food security front, as part of the movement, construction of 10 dams & hydropower projects has been initiated by the government. Besides generating cheaper electricity, it will also make the country’s 8M acres of land cultivable, ensuring food security.

On the education front, formation of a national single-curriculum has been nothing less than a feat. The PM has been a proponent of a uniform education system & this is the first step in that direction. 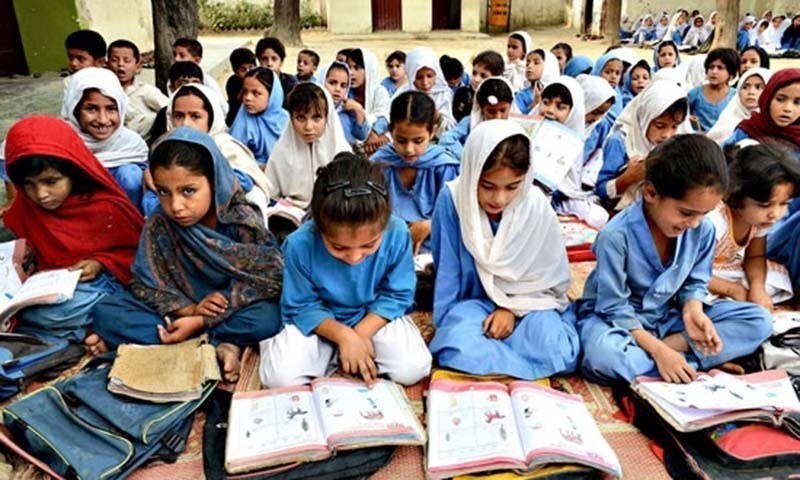 Pakistan’s strategic response to COVID-19 has been extraordinary. Its preparedness & response has been seen as a case study of crisis management for the world. The approach taken under the Prime Minister’s leadership & steered by the Faisal Sultan is simple: Strategic over Reactionary. 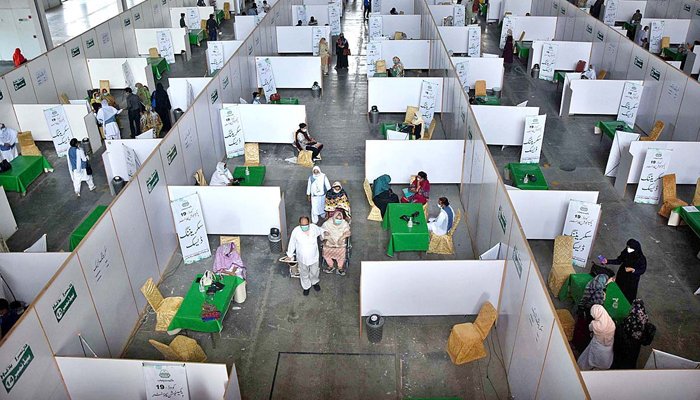 Institutional efforts have improved the situation at various fronts – Pakistan ranks 108 on the Ease of Doing Business scale, a jump from 147 in 2018; its economic outlook was upgraded to “Stable” by Moody’s in August 2020 & has been ranked 3rd on the COVID Normalcy Index. 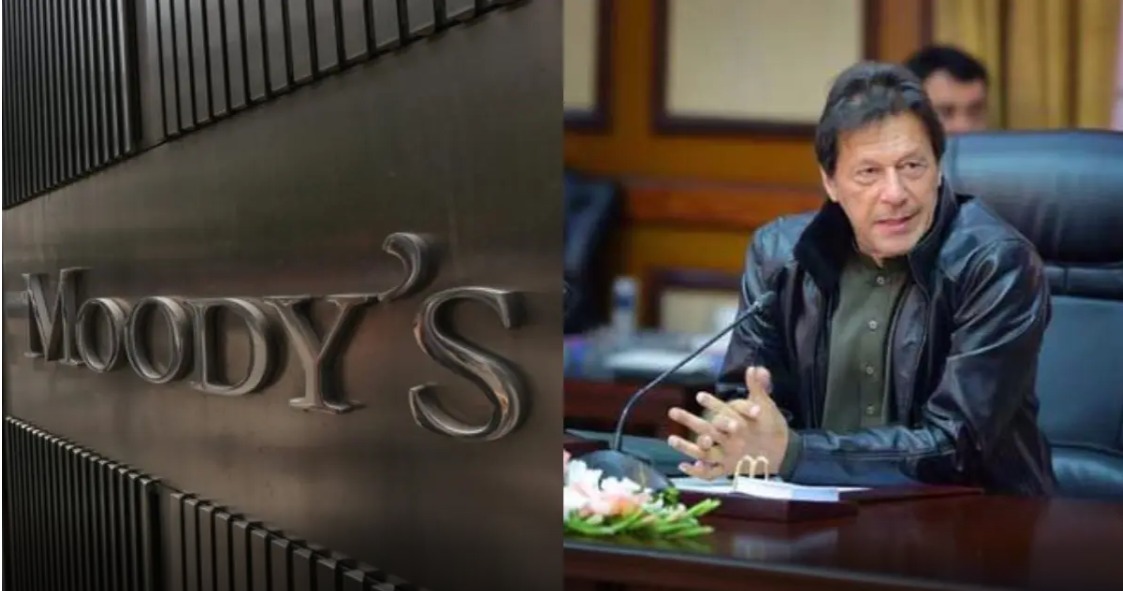 Undoubtedly, the govt.’s biggest success has been its foreign policy. Realizing the Geo-strategic significance of the country & its under-explored economic potential, leadership of PM Imran Khan & the diplomacy of the Shah Mehmood Quarshi gave Pakistan some early advantages in its tenure.

Today, Pakistan has friendly ties with more countries, and existing ones have been strengthened & moulded on a more equal footing. In the past 3 years, bilateral ties have been furthered with China, Saudi Arabia, the UAE, Qatar, Turkey, Malaysia, Iran and also Russia. 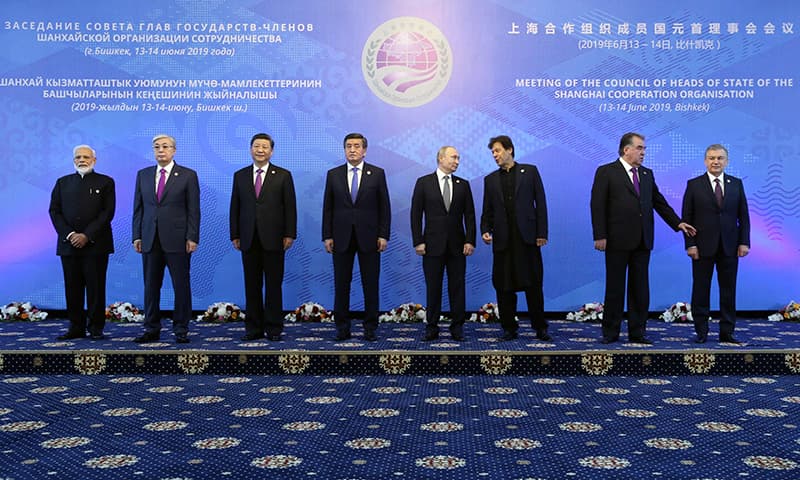 The outcome has been multi-faceted. Pakistan received financial assistance at a testing time, trade opportunities have opened up (record-high USD 25B in FY21), & has gained international support for humanity-based matters including atrocities in #Kashmir & #Palestine.

Pak-US ties have taken a turn with PM’s clear stance & rejection of being an ally of US-led war. It may have had an economic effect but success lies in 0 drone attacks since 2018. Further, Pakistan has actively mediated the US-Taliban Peace deal & US-Iran Conflict. 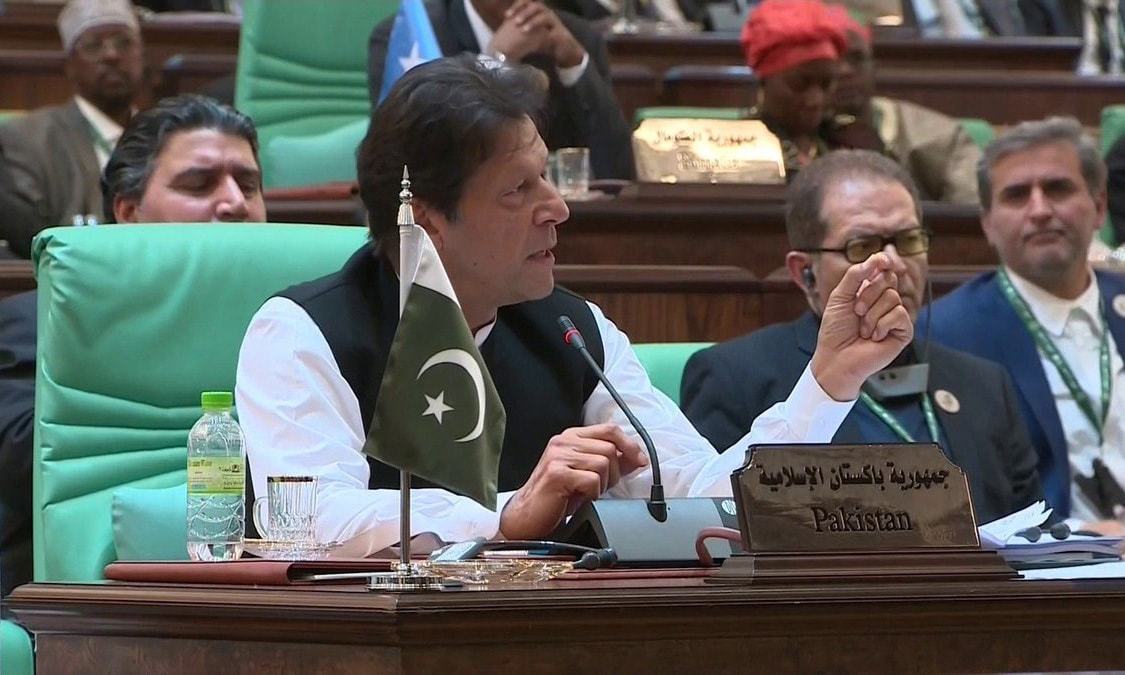 However, due to the pandemic’s economic effect, an estimated 2M+ people have been pushed below the poverty line & 20.7M were rendered jobless in Pakistan. Adding to this challenge, the inflation rate is as high as 11% (April’21).

The govt under the leadership of PM Imran Khan has taken risks with bold measures in the past 3 years. The will to place Pakistan as a socio-economic strong country is out there. The effort to do so must not be compromised while ensuring transparency & accountability.

Where the state continues to fulfill its duty, the people must focus & dedicatedly work hard to realise our collective economic potential for Pakistan. I am certain they will.