One of the famous sports in the south Asian country is known as Kabaddi. Basically, it is originated in India. It is played between two teams, and there are seven players in each group. Kabaddi game is conducted by IKF (International Kabaddi Federation).

It is an international level game, and several countries with a great interest watch the Kabaddi World Cup. The competition requires physical as well as mental activeness to win.

The tournament was organized by the Governament of Punjab, Pakistan, Sports Board Punjab and Pakistan Kabaddi Federation.

Pakistanis have a habit of leaving the world stunned with their brilliance every now and then.  On the 16th February, Pakistani Kabaddi team created history when defending the champions India—six time winner— could not continue their so far unbeatable spree in the gripping final as Pakistan defeated India 43-41 in style to win Kabaddi World Cup 2020 final.

Pakistan won the toss and decided to raid first. In the beginning, India who are highly build in the circle style, were off to a flying start, as they put put pressure on the hosts in the initial few minutes. Pakistan’s defence looked fragile as India maintained lead in the whole first half which they won 24-18

However, the second half was different as both teams fought hard for every point. At one stage, the game was evenly poised at 33-33 and 34-34, but the Green shirt , under the captaincy of Mohammad Irfan Mana took 35-34 lead for the first time in the game.

After that the hosts maintained the lead till sealing a narrow win after a hard-fought battle which was also witnessed by the Pakistan Cricket Board (PCB) Chief Executive Wasim Khan.

Several reviews were taken in the second session on some controversial points. At one stage, two Indian Officials ran on the pitch to protest. However, they were advised to leave the pitch which they did quickly.

Then Pakistan overtook India, the coach of latter team rose to object a point scored by Binyameen. Indian’s team coach Harpeet Singh intervened in the last moments of the match by raising objection to a point scored by Malik Binyameen but the refreee overruled theobjection.

Binyameen who alongwith Irfan Mana and Shafiq Chishti, proved to be too heavy for heir Indian counterpartsas the three played a significant role in the win.

This id the first world title for Pakistan. The previous six editions of the global event had been won by India at their own backyard.

Overall, 24 matches were played in the mega event, from which eight games were played at Iqbal Stadium, Faisalabad, 14 were played at Punjab stadium in Lahore, and 2 at the Zahoor Ilahi Stadium, Gujrat. India also participated in the tournament, although, the current relation of India and Pakistan are not so good and also the IKF chief, Deoraj Chaturvedi, told AFP news agency that:

“Pakistan is a valuable member of the IKF but looking at the current scenario and in the best interest of both the nations, we decided that Pakistan must be refrained [from the championship,”

Still, the tournament went very well and two matches were also performed in Zahoor Elahi Stadium in Gujrat, referring to Pakistan is the safest country for sports.

Congratulations Pakistan on winning the Kabaddi World Cup 2020 beating India 43-41 in the final at Lahore. Pakistan is safe for sports. 👏#Pakistan

The final match of Kabaddi was played between India and Pakistan on 16th February. Pakistan won the game by two points under the captaincy of Muhammad Irfan aka Manna Jutt. 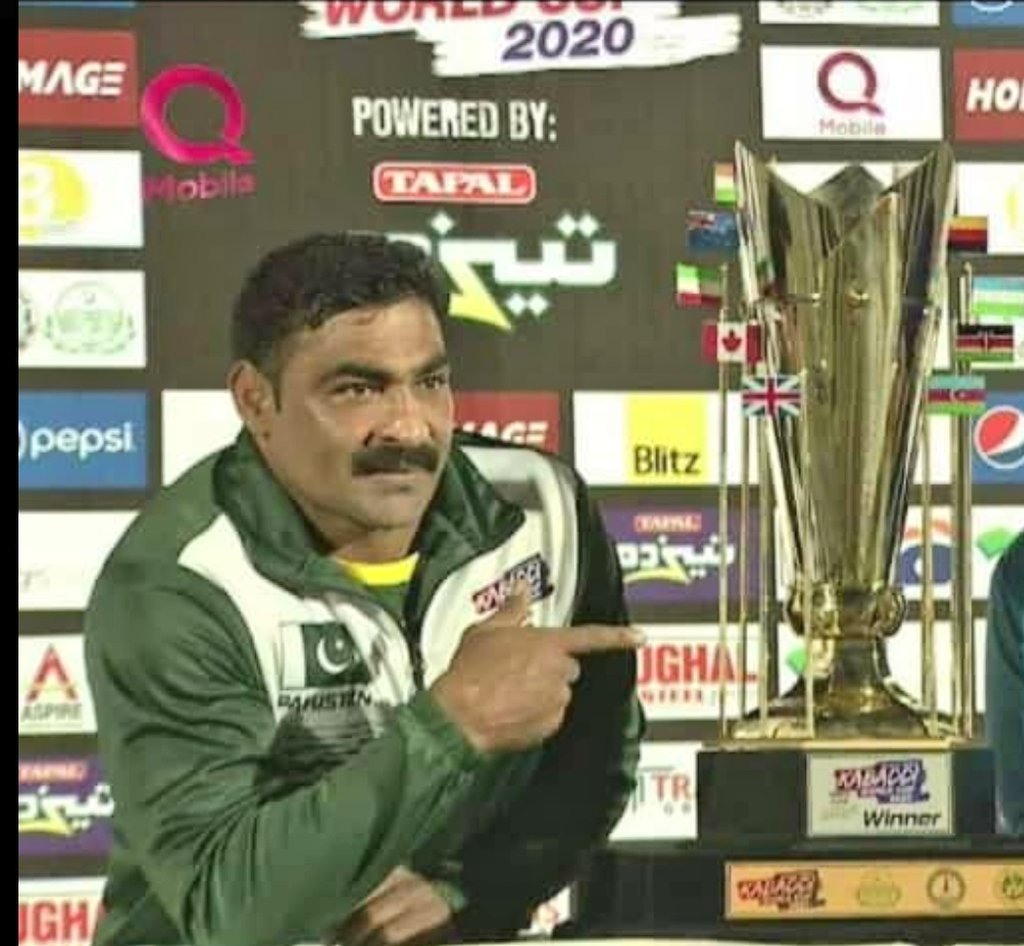 The emotions of the Pakistani nation at the historic win against India are at the peaks. Pakistan’s Prime Minister Imran Khan also congrats the Kabbadi team.

Congratulations to the Pakistan Kabbadi team for winning the Kabbadi World Cup after defeating India.

Pakistan, the winners were handed over the enchnting winning cash prices of Rs. 10 million with the runners-up India taking 7.5 million and Iran received 5 million.

Players of both teams strived well. The important thing that is more valuable despite the result who won is peace and friendship between both countries.

Even though the Pakistani nation was proud of winning the match, still, they were giving respect to their opponents that they came to their country and played with full courage and make a memorable match.