The SHAHEEN of Iqbal, who sacrificed his life to defend his Islamic State, is known as Rashid Minhas Shaheed, who was the only PAF to receive the honour of achieving highest valour award of Nishan-e-Haider at his younger ages. He was born in Lahore on February 17, 1951. His passion became an example of patriotism for the youth.

Rashid Minhas was an air force pilot. He martyred but still alive in the heart of Muslims. He is the national hero of Pakistan, and the whole nation remembers him every year on his birthday to pay high tribute to his bravery action. 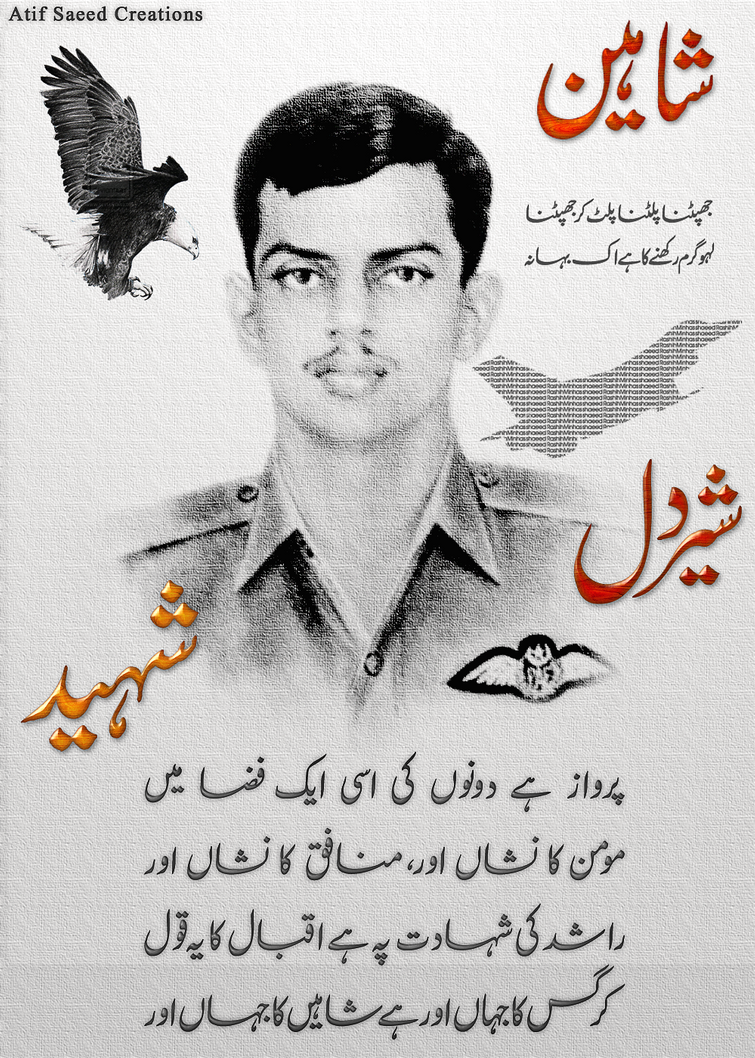 He was born on February 17, 1951, at Karachi, Sindh Pakistan, to a Muslim Rajput family of the Minhas clan. He always wanted to join the Air Force and defeat the enemy. He loved to fly planes, and his passion increased when he joined Pakistan Air Force. His best day was when he had his first solo flight.

Rashid Minhas’s father, Abdul Majeed Minhas, was a civil Engineer and an Alumna of the NED, University in Karachi.

But Rashid, against the wish of his father, entered the PAF School in Lowe Topa in 1968.

Later, he completed his Military training at the Pakistan-Air-Force Academy in 1969. Rashid was linked with the PAF since his birth, as he was born at the PAF Hospital at Drigh Road Karachi.

He was fascinated with aviation history and technology. He had a technical mind, heaving to drive at the age of 12. His library included a book on Electronics and Astronomy, besides other subjects.

In his childhood days, he used to collect different models of Aircraft, warplanes, and fighter jets. He got his early education from Karachi, and upon reaching the tender age of 17, Rashid Minhas joined the Pakistan March 1971 as a Commissioned G.D.Pilot.

According to Minhas, the Sitara-i-Jurat winner, Major Nasir Ahmed Khan, his brother-in-law, was extremely impressed. He said his son was quiet; he was a moderate boy who didn’t boast and didn’t want to make any money.

While the grief of the death of my son is endless, I am proud to give his life a noble cause and land-and-nation integrity.’

In an interview with DJ Karachi TV on August 28, 1971, Rashid’s father said that his son had been engaged in a profession that could better represent the nation and citizens from the very beginning.

He said that during his college life, Rashid loved to read war books and found significant quotes. In his notebook,

‘Although the grief of my son’s death is unending, I am proud that he laid down his life for a noble cause and for the integrity and honour of the country and Nation’

Rashid said’ When he joined PAF

He joined the air force and was commissioned to join the 51st GD(P) on March 13, 1971. He was able to go to the T-33 jet trainer in Karachi, Pakistan, the hour before noon on August 20 this year. The Aircraft’s second solo flight. Minhas was on the road when Flight Lieutenant Matiur Rahman, a Bengal pilot instructor, said he had stopped and sat on the instructor’s seat. The jet moved and went to India.

Minhas revealed that PAF Base Masroor had kidnapped him. The air traffic controller told him to give his message back, and the hijacking was reported. More research has revealed that Rahman and the jet trainer were preparing to leave India in the Bangladesh Liberation War with his fellow countrymen the air.

Minhas fought hard to influence Rahman physically; both tried to overwhelm the other using mechanical flight controls. The plane crashed near Thatta, some 32 km (51 miles) from the Indian border. Both men were assassinated

Pakistani Nishan-E-Haider’s military statement from Minhas says that it “induced an aircraft crash” to prevent Rahman from taking the Aircraft to India. It is the original, accessible, and widely-recognized edition of how Minhas died. It’s Yawar A. Mazhar, a Pakistan Military Consortium journalist, told Captain Cecil Chaudhry about Minhas in 2004 that he had spoken to the former PAF Party and heard more from the media that he was not generally aware of it.

Chaudhry immediately carried out an accident investigation and filed an incident report under Mazhar. Chaudhry informs Mazhar that the plane first reached the bottom of the head, killing Minhas immediately in the front seat. The body of Rahman was not in the jet, however, and there was no canopy.

The body is somehow behind the boat; the body is located at a low angle and a high intensity, with extreme abrasions when touching the air. Chaudhry thought that Minhas probably threw the canopy out of the cockpit at low altitudes, making it impossible for Rahman to get locked in. At this time, Chaudhry considered the jet was too close to the ground, too far from control to prevent Minhas from crashing jet.

On Thursday, on the 49th anniversary of the Pacific Army’s martyrs, the pilot of PAF Rashid Minhas paid tribute. He accepted martyrs at the age of 20 and stopped the pilot from defecting to the enemy’s side during the 1971 war.

Minhas received the highest brave award for his bravery, Nishan-e-Haider. He has been awarded this prize as the youngest soldier.

The brave son of the soil accepted to sacrifice his life but did not allow the country’s dignity to be tarnished.

In a statement, the PAF said ,

Rasid Minhas will always be remembered as an icon of bravery and sacrifice and will remain a beacon for our future generations.

Meanwhile, on the ocassion of 50th martyrdom anniversary of Rashid Minhas, Misniter for Information and broadcasting Chaudary Fawad Hussain has paid glowing tributes to the determination of young PAF officer.

In a statement, he said

The nation will always remember the martyrs who rendered their lives for the sake of country. 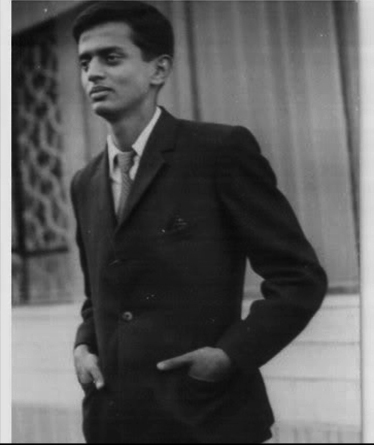 The sacrifice of  Officer Rashid Minhas is a shining example of our new generation.