Prime Minister of Pakistan arrived in Russia on a historic visit on February 22 along with the high-level delegation of ministers. His plane landed there at around 6 pm according to PST. The Prime Minister Imran Khan in Moscow received a warm welcome in Russia and was given a guard of honor.

In a two-day important visit between Prime Minister Imran Khan and President Putin, Important issues were discussed on February 23, 24. Apart from the two leaders, there will also be talks between the delegations according to scheduled dates. 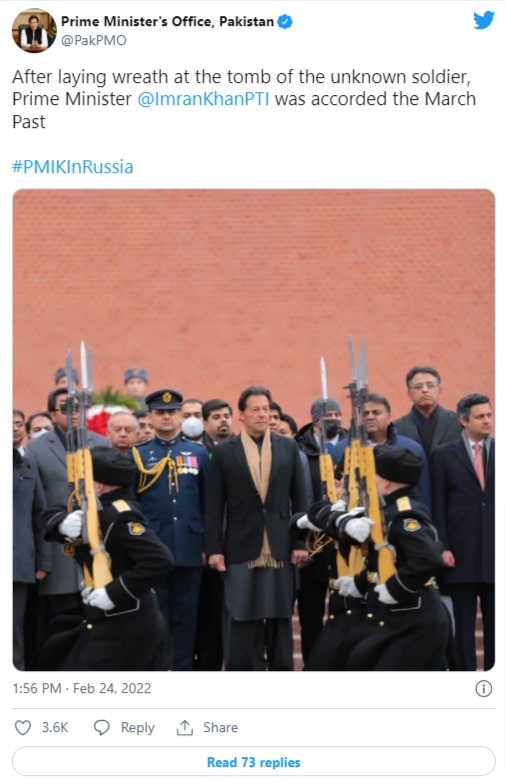 What is the Purpose of the Visit of Imran Khan in Moscow?

It is hoped that issues of mutual interest will be discussed between the two leaders. The Russian Foreign Ministry has indicated that the current situation in Russia will be discussed at least in this meeting. The Purpose of the Visit of Imran Khan in Moscow covers the following points:

Two decades later, the Prime Minister of Pakistan visited Russia. 23 years ago, the former Prime Minister Nawaz Sharif visited Russia. Tensions between Pakistan and Russia have been high for several years. The meeting is being held to build closer ties between the two countries. Islamophobia, bilateral relations, and Afghanistan will be discussed in particular. At the political level, Russia and Pakistan share common views on Afghanistan.

During the trip, Imran Khan visited Russia’s largest mosque and Islamic center. He said he was happy with the visit and looked forward to new appointments. Speaking on Islamic phobia, Russian President Putin said that he was deeply saddened when terrorism was linked to Islam. The Russian president has condemned the act of targeting Muslims. 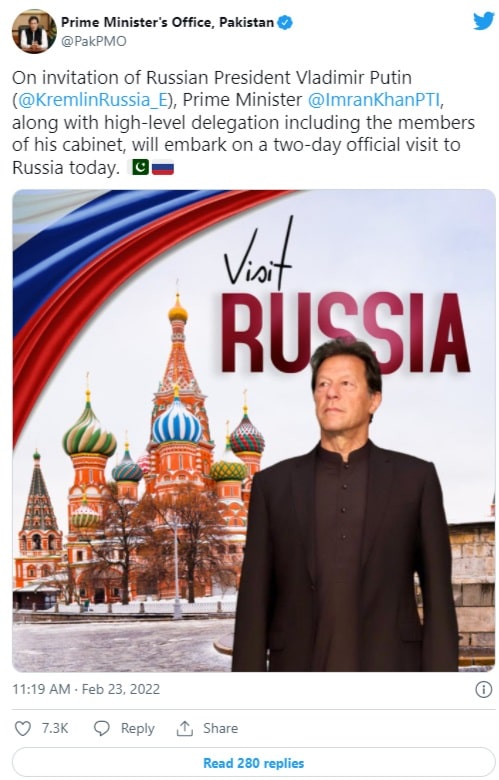 At the time of Imran Khan in Moscow, Putin invaded Ukraine. According to Putin, when Ukraine was offered to join NATO, Russia did not want NATO forces to reach Russia’s border and encircle Russia and have an engagement there. But when his view is not taken seriously, Russia has attempted an attack on Ukraine.

Ukrainian President Volodymyr Zelenskyy said we will fully respond to the Russian attack and will go to any lengths for our survival.

The whole world will suffer in this war. We still want to solve the problem through dialogues. We do not want a war. But the Russian president refuses to talk.

Russia is not listening to stop the war due to some genuine reasons.

Russia is currently the world’s second-largest oil exporter. 27% of Russia’s exports go to Europe and 13% goes to China. A gas pipeline agreement is also being worked out rapidly between China and Russia. It is hoped that by 2025, China will have a full supply of gas by Russia. Pakistan is playing a key role in Sino-Russian relations. Due to the CPEC project, Pakistan is the only country that provides connectivity to the entire network. Therefore, in the future, Russia’s engagement with Pakistan will be seen to increase.