Jobs in Italy for Pakistani people is a piece of good news. Pakistanis and a few other countries outside of the EU are now able to apply for visas for seasonal and non-seasonal work in Italy.

Due to Italy work visa for Pakistan, the chances of improving the economy of both countries would rise as the population of Pakistanis in Italy can work on better options.

Pakistan’s ambassador to Italy Jauhar Saleem said that talks have begun on an agreement to import labor force units from Italy for the purpose of providing more opportunities to young, skilled Pakistanis.

5. @PakinItaly informed #Italy is keen to hold talks with #Pakistan on a #Labour Force Import Agreement in near future. He said the agreement is aimed for providing more opportunities to local skilled youth to get employment in the competitive #Italian Job market. pic.twitter.com/M0cOnqZ84p

According to Dawn, citing ambassador Saleem:

“The demand for Pakistani workers in the Italian market is on the rise consistently, especially in the agricultural sector”

As part of the Pakistani embassy in Italy to assist Pakistani migrants legally, Saleem said they are currently offering Workforce Export Agreements between Italy and Pakistan that will help: 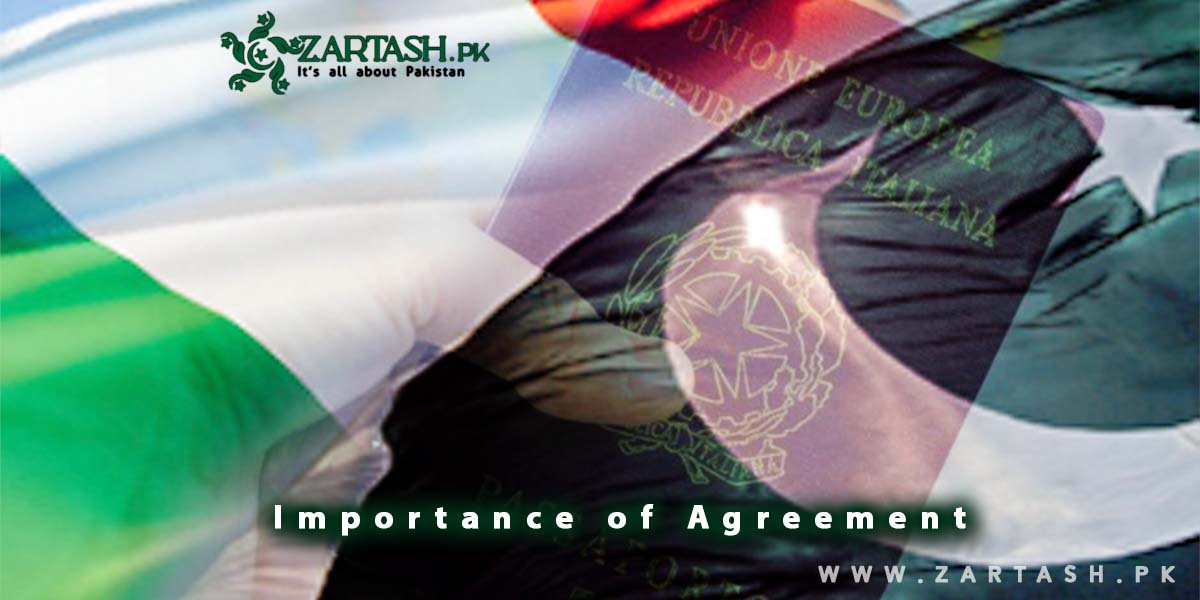 Moreover, the agreement covers the internship program for labor and the training of tourism laborers, which would enhance the quality of the skilled worker pool.

The Italian economy is investing in energy, food processing, leather, textiles, construction, and furnishings. Ambassador of Pakistan Jauhar Saleem, also said that this agreement seeks to promote Italian investment in Pakistan through joint ventures (JVs), which are expected to support the transfer of technology and skills between our businesses and Italy.

Jobs in Italy for Pakistani nation build the trusted image across the foreigner. Pakistan is a safe country. Italian experts have also contributed to Pakistan’s capacity building in the tourism sector, which has been aided by initiatives taken to promote tourism in Pakistan.